Now? Who knows. With the level of confusion in both the user base and the company, who cares who is verified anymore? In fact, who knows who should be verified, and how? Not even Twitter’s owner has an idea, and we can begin there.

Before Elon Musk walked into Twitter’s offices, verification was simple and straightforward. It was a means of ensuring users could trust the people and institutions they follow. That those who claimed to be associated with an account have passed all background checks and are verified to be “real”. These were mostly government institutions, brands, and journalists.

Actually, at first, not that easy. You had to be famous enough for someone inside Twitter to think you deserve the honor of a blue checkmark. They were rare; they were special. Twitter would later in 2016 allow the categories I mentioned above to make applications and become verified. As I write this, stats from @verified show that around 400K of the approximately 300 million daily active users are verified.

A Lords and Peasants System In his great overhaul agenda, Elon Musk came in, a wolf dressed in sheep’s clothing. Wait, or was it a wolf carrying a sink? Anyway, Musk called the previous verification process a “lords and peasants system” and wanted to “bring power to the people”.

So, what do the peasants get?

An overpriced gate ticket. Any peasant who wants to join the Lords and be verified needs $20.

“Oooh no, look, Stephen King is mad. Why don’t we cut it down by $12 guys?” Said Elon to a yet-to-be-fired Twitter employee.

We need to pay the bills somehow! Twitter cannot rely entirely on advertisers. How about $8?

So we woke up the next day, and it was $8. A month. Every month. You would need that much to access the Lord’s table, and they hid it behind the doors of Twitter Blue. Twitter Blue is an opt-in, paid monthly subscription that gives access to select features.

Remember also, Twitter Blue used to be cheaper before this, at $4.99, and verification was never exclusive. So, any Lord who doesn’t feel comfortable at the Blue table can as well pack and leave.

That was a few days ago.
*Cue further confusion.*

“What if a parody can afford an account and the real one does not?” Twitter ANS: I guess we will suspend them unless they state they are parodies.

“So, how do I recognize authenticity through the blue badge?” ANS: Ummh, let’s check our colors real quick.

A few days later, Twitter comes up with a second badge. Yes, you get two ticks. One is very blue to show that you have the money and have paid to access Twitter Blue. Clicking someone’s blue check says that “this account is verified because it’s subscribed to Twitter Blue.”

The second is a gray icon to show that Twitter has “officially” recognized your brand. Whatever that means. As users became familiar with the ease of getting those blue checks, they took advantage of it promptly. As soon as blue checks went up for sale, Twitter was flooded with verified impersonators, from Trump, to Jesus, to a fake LeBron James who asked to be traded from the Lakers.

A fake Mario also showed us all the finger. 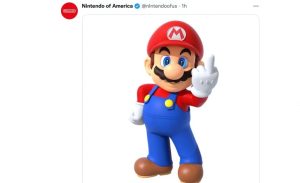 Ooh, I almost forgot. Even if you want to pay for a check mark, that might not even be possible anymore. According to Twitter’s verification help page, it’s currently only available for iOS devices in the US, Canada, Australia, New Zealand, and the United Kingdom.

“We’re not currently putting an “Official” label on accounts, but we are aggressively going after impersonation and deception.” Twitter Support.

So we are back to where we started, aren’t we? No solution on how to deal with bots or dealing with the “lords and peasant” verification system. Bonus point, Twitter Blue is now more expensive.

Maybe that was the point? I don’t know, I don’t run a Big Tech company. Yet.

But do I need to have?

The current Twitter owner, the world’s richest man, thinks some decisions he is making are dumb. To quote him,” Please note that Twitter will do lots of dumb things in the coming months.”

So maybe I will say mine too.