It is no news by now that there are some crazy TVs that already exist. We have seen LG come up with rollable TVs and Samsung showing off their rotating TVs that pretty much change into life-sized tablets. But the latest concept from Samsung might just be the craziest I have personally seen, to the point where it had me screaming.

LG and Samsung are clearly in a stiff rivalry right now as the duo try to outdo each other when it comes to crazy TV form factors. And up to now, none of them seemed to be investing heavily into 3D television sets. Well, Samsung seems to have gone back to that but with a whole different ball game.

This was demonstrated on show at the Global Tech Korea 2021 when the electronics giant presented its new kind of display referred to as “stretachable’. The company has apparently been working on this tech for a number of years and the result happened to be a 13-inch TV whose screen can stretch and deform to match what’s being shown on the display.

As shown in the video below, the screen automatically gives itself texture to emphasise the movement of lava across. This then goes further to express the image more realistically and give the viewers a more immersive experience. So instead of just seeing it on a flat screen, your screen actually starts moving to show how heavy or light the flow is.

According to Jeom-Jae Kim, head of LG Display’s Basic Technology Research Center who is also working on stretchable TVs, this design is only possible thanks to OLED technologies.

During a keynote speech, Kim said, “compared to LCD, which uses various and complex parts, OLED has a simple structure and can change shape naturally, it has strengths in terms of design and form factor.”

But even after the explanation, it would still be crazy to anyone how this tech is actually possible and how it would be integrated with other content. Will we start seeing a screen stretch to express a lion realistically or a plane flying?

As of right now, this is not something that you would need for your home TV setup. The fact that that Samsung had only made the stretchable display in 13 inches goes to show how far the development is from fruition.

But as a proof of concept, it is really impressive. The 13-inch screen could even mean that the tech can be implemented on smaller gadgets like tablets or smartphones. We’ll just have to wait to see what Samsung comes up with. 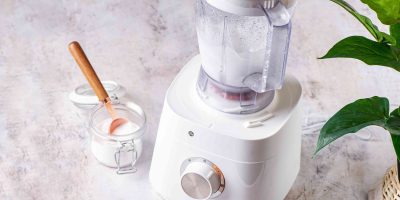