Despite the growing interest in cryptocurrency, the one aspect that many don’t seem to be getting into is crypto mining. This might be because of the hectic process it takes to mine virtual currencies and the fact that it is a really risky job. Well, it looks like the only tools that guarantee security for your devices are actually interested in becoming crypto mining platforms. Antivirus provider NortonLifeLocker, formerly known as Symantec announced on Wednesday its plans to add an Ethereum mining function to its paid antivirus product, Norton 360.

According to Norton, the antivirus software is a perfect fit as it will offer people a chance to mine crypto without having to visit the dark creepy parts of the web. The firm adds that users will be able to store their virtual coins in the cloud courtesy of its own Norton Wallet. As reported by The Verge, the company went on to confirm that there will also be a button that allows users to “pull money into Coinbase.”

This definitely comes as a huge upgrade as users of Norton 360 initially were being forced to disable the software if they wished to mine any crypto. This is mostly because one is forced to visit dangerous sites that Norton wouldn’t have let you do before.

“Once cryptocurrency has been earned, customers can track and transfer earnings into their Norton Crypto Wallet, which is stored in the cloud so it cannot be lost due to hard drive failure,” the company added.

As pleasing as all these sounds, there is no doubt that if other antivirus brands start borrowing this idea, there will be a growing number of people that get into crypto mining. This could end up opening dangerous windows that will be hard to close. This starts from the heavy use of energy that mining demands, to a growing amount of malware in people’s devices, and the huge performance levels required from those same computers. 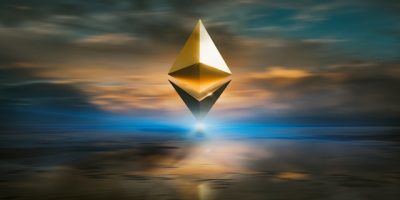 <strong>6 Things to Think About Before Purchasing Ethereum</strong>