The Car Thing is a touchscreen gadget that connects to the car’s radio via Bluetooth and it only works with Spotify. If you thought it was a device that could replace your current head unit, sorry to disappoint. Spotify’s Car Thing looks like a small tablet with two round buttons, a large one that can be used to control the device and a smaller one that acts as a back button. Apart from the physical button and using the touchscreen, users can also use voice controls by calling out the command, “hey Spotify”.

For it to work, the Car Thing connects to your phone via Bluetooth for a data connection and since the device has no speakers, you have to connect it via an aux cable or Bluetooth to your car. There’s also a USB-C port, which is how the device will stay powered up as there’s no rechargeable battery in built. Car Thing also comes with three different mounts, a vent mount, a 3M adhesive dashboard mount, and a CD player mount. 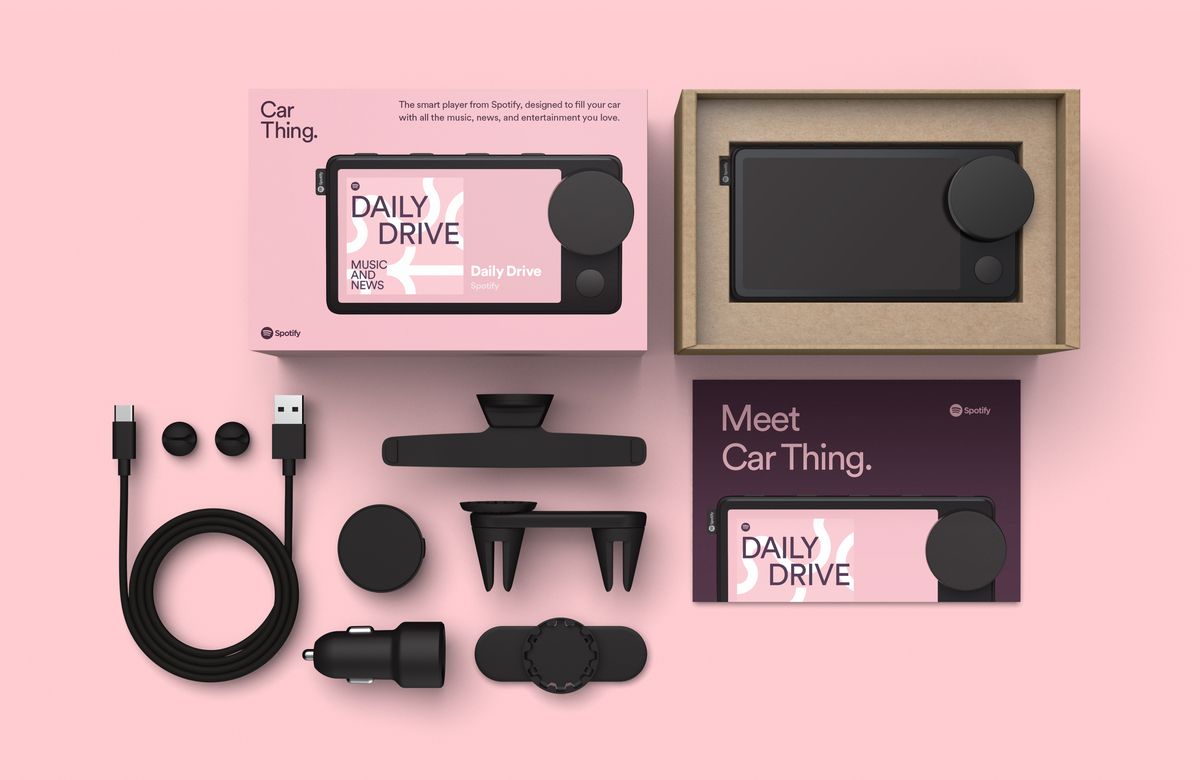 Being Spotify’s first hardware product, the Car Thing is a little confusing. The fact that it doesn’t have any other functions apart from playing Music on Spotify leaves the desirability of the gadget on a low. Also, it cannot independently connect to your Spotify account, it needs to access your Spotify app on your phone.

Not to rain on Spotify’s parade, but we wish there was more to the device than just a remote for my Spotify app. The company also seems to know that their device is wanting as it is not yet been launched to the general public. Only a few Spotify Premium users in the U.S. can get it for free, as long as they pay shipping charges, so it looks like Spotify is using this as a public beta to try and see the reaction it elicits.

Hey Spotify, just make a full car infotainment system with all the functionalities and target it to Africa, it may just work.