Facebook users beware, according to a report by MotherBoard, there’s a bot on Telegram that lets hackers easily look up your phone number. One person advertising the service says it contains data on 500 million users.

A user of a low-level cybercriminal forum is selling access to a database of phone numbers belonging to Facebook users.  Important thing to note is that they are conveniently letting customers lookup those numbers by using an automated Telegram bot.

The security researcher who found this vulnerability, Alon Gal, co-founder and CTO of cybersecurity firm Hudson Rock says that the person who runs the bot claims to have the information of 533 million users. It all comes from a Facebook vulnerability that was patched in 2019.

In early 2020 a vulnerability that enabled seeing the phone number linked to every Facebook account was exploited, creating a database containing the information 533m users across all countries.

It was severely under-reported and today the database became much more worrisome 1/2 pic.twitter.com/ryQ5HuF1Cm

He continues to note that,

A few days ago, a user created a Telegram bot allowing users to query the database for a low fee. This is enabling people to find the phone numbers linked to a very large portion of Facebook accounts. 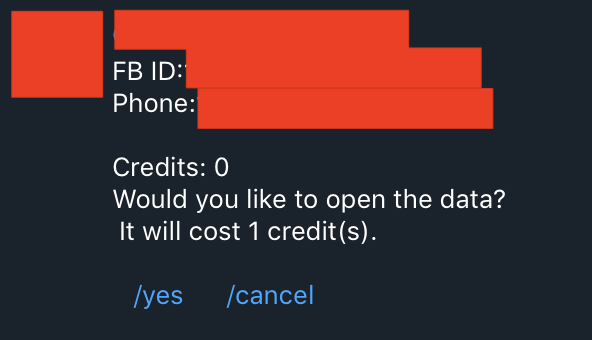 The bot claims to contain information on Facebook users from the U.S., Canada, the U.K., Australia, and 15 other countries. The Motherboard tests confirm that it contains the real phone number of a Facebook user who tries to keep their number private.

The bot has been running since at least January 12, 2021, but the data it provides access to is from 2019. That may seem like 2 years worth of old data but remember that not many people change their numbers often.

“It is very worrying to see a database of that size being sold in cybercrime communities, it harms our privacy severely and will certainly be used for smishing and other fraudulent activities by bad actors,” Alon said.

According to our tests, It does not seem to recognize Kenyan numbers but we’ll keep testing. Here’s the list of countries affected.