As the world still struggles to move from the animal slaughter culture, it seems like some restaurants are making some efforts. American multi-national fast-food restaurant KFC chain is now looking to produce a different kind of meat.

The company announced that it is trying to create the world’s first laboratory-produced chicken nuggets. This, according to KFC, is part of its “restaurant of the future” plan. This is meant to be done in partnership with Russian company 3D Bioprinting Solutions to develop tech that literally “prints” chicken meat.

KFC’s part of the job will be providing the bioprinting firm with ingredients like breading and spices. This is in order to “achieve the signature KFC taste” and replicate the taste and texture of genuine chicken.

You should keep in mind that both firms look to make the meat with animal material. So the nuggets are not meant to be vegetarian. KFC already does offer vegetarian options at some of its restaurants.

Of course, this is not the first time that the concept of printing meat has been headlined but this would be the closest it comes to reality.

Apparently, bioprinted chicken nuggets would be more environmentally friendly compared to regular meat. This was cited by KFC from the American Environmental Science and Technology Journal that shows the benefits of growing meat from cells.

“In the future, the rapid development of such technologies will allow us to make 3D-printed meat products more accessible and we are hoping that the technology created as a result of our cooperation with KFC will help accelerate the launch of cell-based meat products on the market.”

Now the product is planned to start rolling out to some of its American locations in the next few months. It’s only a matter of time before Kenyans start seeing it on their menus. 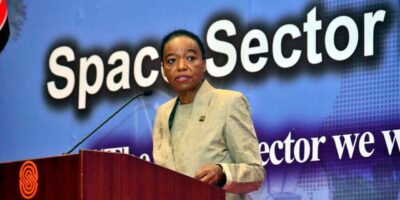