We’ve all had that “Oh my this should be an emoji” moment when we see something worth the term. That then leads us to think, “how can I get my emoji idea out there?” Some of the most popular updates would have to be the “whatever”, and the “rolling eyes”. Some recent ideas include the “this close to quitting/pinching hand emoji” and the “yawning”. All brilliant ideas we cant wait to see implemented. 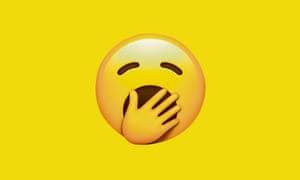 Most of you think you have to know someone on the inside to get your emoji idea recognised. Well, actually you just have to apply to get your idea implemented.

History Of The Emoji

Emoji is actually derived from a Japanese word meaning pictogram. They are a form of communication and interaction without having to use words. They have become a part of our daily lives so much so that they replace a lot of words as we type out messages like comments and tweets. Emojis are updated almost every year when phone companies update their software. That is when the new ideas and caricatures are rolled out and added to the current emoji collection

Anyone can submit an application.

There is a community, emojination, that helps get many emoji proposals approved.

Once the proposal is ready, submit it to Unicode via email but the review process could take up to a year. The subcommittee will then review the proposals. The proposals that pass are moved to the technical committee and they assign it a universal code. Vendors from Google, Apple, Microsoft and Twitter weigh in on the emoji designs as well. In the final three months, they will name the emojis in different languages and design the emojis.

The new emojis are released as soon as vendors update their operating systems. It can take up to two years before you see your emoji, so start now. The best time to submit is at the beginning of the year. So get to designing.