A new rumour is making rounds about Google planning to rebrand Android TV to Google TV.

For anyone who’s not familiar, Google has been slowly but surely getting rid of the Android brand from many of its products for a number of years now. And as much as we can agree that the name is not going anywhere as it pertains to the company’s OS, the company has still been trying to give Android a facelift.

A product like Android Pay that has been gaining prominence in huge markets was renamed to Google Pay. What you might have known Android Messages was rebranded to just “Messages”. Google’s wearable OS that’s spreading to a number of brands is now known as Wear OS.

So it is pretty clear right now that the “Android” branding is meant to be just the company’s crown jewel. One reason you would consider for all this is that maybe Google wants these products to spread beyond the Android ecosystem.

Either way, there hasn’t been much of a change in how these products operate and work. So it would be reasonable that the new Google Pay doesn’t change as much or at all really.

In the spirit of rebranding, the company’s video conferencing app, Google Meet, has seen a great revamp over the last couple of months. Other than just the name, the app has been receiving a number of UI and security changes. This also includes the fact that it is now free for all users but for a limited time. 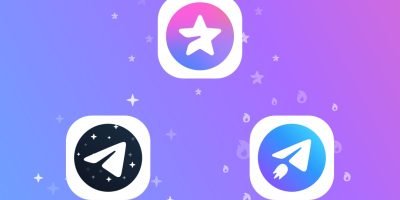 Here Are All The Features You Get With Telegram Premium