At such times when there are a lot of people trying to do good and help out, there surely never lacks a bunch that chooses to take advantage of others through malicious schemes. The Directorate of Criminal Investigations (DCI) has today issued a warning to Kenyans of a potential scam that’s already making rounds.

Interestingly, these scam messages have been made as attractive as possible with some convincing words splashed around to prompt unsuspecting victims to click. In reality, however, these links have been found to contain malware used to siphon private information from your phone or computer. Data that can be maliciously mined includes baking credentials, email addresses and passwords, photos and contacts. Subsequently, these can be used for cyberbullying, theft or even extortion.

The cautionary message comes shortly after reports of hackers swarming to mine private data from over 500k Zoom accounts globally to sell to other attackers on the dark web.

Through the warning posted on Twitter, the DCI has gone ahead to warn people to be careful of random online sellers. With the numbers of these traders noticeably growing, one would never know who is legit or not. A huge fraction of them are actually claiming to sell sanitisers and other personal protective equipment like face masks and gloves.

This also came alongside a notice for people to avoid using free WiFi or purchase of substandard items. Sharing personal financial information with anyone is also discouraged. Kenyans are also advised to be careful of doorstep deliveries from online retailers as some of these could be done by criminals with an otherwise intent. 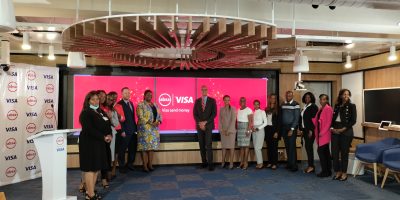