By now, you must have already these videos floating around social media, claiming that 5G is the cause of all the problems the world is currently going through. Some has either sent you one or two of them on WhatsApp or posted them on Twitter and Facebook. What all these posts simply have in common is emphasizing that coronavirus is not the real issue, but the new 5G technology.

And true to it, the information is so compelling that some influential individuals seem convinced. But surely does not make it true in any way whatsoever. But all these conspiracy theories are not new. We also saw the same claims during the establishment of 4G. And it’s certainly not going to end.

But it is good to know all the facts about the 5G technology and be clear on what we are really facing when the network starts going worldwide (or if it ever does).

First up, 5G radio waves do not cause any diseases or create viruses. In fact, there is absolutely no evidence that radio waves would create or cause any virus to mutate.

5G currently exists in its most basic level, which makes it identical to any other wireless technology. Given that these waves have never caused any known problems before, it would then be false to claim that 5G radio waves can suddenly create a virus and cause an outbreak.

Coronavirus was a “zoonotic transmission from animals to human beings, which is what caused the problem”. This is known since it was immediately traced in China by the necessary health authorities including the WHO.

Myth 2: 5G is Much Stronger Than 4G, Making It Dangerous

Conspiracy theorists argue that the new 5G towers pump out much higher power signals than 4G. It’s wrong! Before 5G  is deployed in any country the maximum transmission power of wireless signals is usually tested and regulated first.

Should this claim be about using higher frequencies, that is a red herring that plays on people’s immediate fear when they hear the word “radiation”.

It is true that cellphones and other wireless devices use electromagnetic radiation to transmit signals. But not all radiation is bad. Even TV and AM/FM radio signals emit radiation. Yet even after being around them for decades, there is no radioactive harm that comes from them.

All these signals rely on non-ionising radiation at different frequencies that cannot cause any cell or DNA damage which could result in cancer.

Most of these theories claim that 5G emits microwaves that are then a problem to life as we know it.

Yes, your normal microwave oven uses radio waves at a frequency of 2.45Ghz to heat up food or beverages. Your home WiFi also runs at the about the same frequency- 2.4 GHz. But it is pretty unlikely for you to successfully heat your bowl of food when if you placed it on your router. While they may be right about the frequency, they have no idea about how much power these waves have. The transmit power of your WiFi router ranges between 0.1W and 1W. The power of a standard microwave oven though stands at a maximum power of 900W. There is then no way that two devices using power 900 times apart would be emitting the same kind of radiation.

Aside from the power restrictions on wireless transmitters, electromagnetic radiation obeys the inverse-square law. This is a law of physics which essentially states that if you double the distance between you and a cellphone tower, you quarter the power density or radiation that you are exposed to.

Everyone keeps believing that China being one of the pioneers for 5G establishment was why coronavirus originated there.

But you will be shocked to know that South Korea actually rolled out 5G way before China did. By June 2019, the country has over 1 million 5G subscribers. So, why didn’t the outbreak start from there instead of China?

Conspiracy theorists can also not explain why the virus did not originate in Ireland where commercial 5G services have been available since August 2019. Other countries like Finland and even Lesotho have launched commercial 5G deployment since June last year but have had no problems related to coronavirus at all.

So as much they may be a lot to be studied about the 5G technology, the evidence presents itself quite clearly that viruses or dangerous radiation levels are a non-issue.

With all this in place, it is vital that you stay critical of all this misinformation being spread on social media platforms. A time like now in crisis is when it is likely to be spread even more thus sparking fear and panic among people.

Any information that is forwarded to you without context or source should either be dismissed or thoroughly interrogated before you do anything with it. Plus, it would be even worse if you shared the false narratives even further. So, be careful of the messages or warnings you forward to anyone. 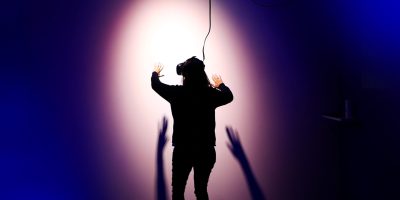