The Kenyan gaming industry has proven to stand the test of time and with the current occurrences, it has proven to grow over the course of years. This clearly evident by the budding gaming culture, whether for casual or professional purposes.

And with the pro-gamers depending on their wins in e-sports tournaments, there has been a demand for these competitions in the country. This comes evident through the growing number of local tournaments crowned by the recently launched Safaricom BLAZE E-Sports challenge.

But even before that, there had been a couple of individuals rising up to take up this young and rarely explored field. So here are some of the best pro-gamers from Kenya that are clearly defying the odds in the world of e-sports: This 21-year law student has truly lived up to her name as queen in the professional gaming scene in Kenya. In this male-driven endeavour, Tekken royalty, Sylvia Gathoni has done things not even most male pro-gamers in the country have achieved. Influenced by her elder brother, Queen Arrow started out playing simple games since childhood like Super Mario and Contra playing them on cartridge consoles.

She later on immersed herself into Tekken 5 the first time she got a PlayStation console and later on explored the world of e-sports back in 2016 upon joining college.

She has participated in a number of competitions including the East African Gaming Convention, playing Mortal Kombat and the Tekken 254 tourney. And even though she never came out in top place, her resilience earned her a deal with XiT Woundz, a professional e-sports club based in New Jersey, USA.

This big break made her the first Kenyan pro-gamer to get a deal with an international team. And with her still competing in many e-sports competitions ever since, you will probably need to keep an eye out for this player that still oozes potential and promise in the e-sports world. Other than being a literal beast, Brian Diang’a is one that has proven to be worth the attention in the pro-gaming universe through his various victories. The young player started just like everyone else with a passion for playing video games.

Raised from a humble beginning, he could not afford expensive consoles and instead began playing games in classic Nintendo handheld consoles. After some time, he decided to venture into this fun yet dangerous world being a huge player of the violent Mortal Kombat and has had multiple breakthroughs. He has turned out in top positions in African e-sports tournaments and still shows promise of showing his skill in other upcoming competitions.

His dominance has also earned him prestigious opportunities like being a gaming mentor in Safaricom’s BLAZE BYOB Summit. Other than e-sports, you will find that Brian has a passion for art which he mostly shares on his Instagram as well as his drive for physical fitness. Hirsi may have very well known his path ever since he started playing Nintendo GameCube as a kid. He has a few highlights drawn on his name in Kenyan e-sports. This includes tournament wins like NAICCON and the huge PSG WW2 LAN. Moreover, the player has earned a position among the top 100 in Africa on Fortnite Competitions. And if you had any idea about the level of competition there is in a game like Fornite, then you would realise that this isn’t a cheap achievement.

Hirsi is also part of one of Kenya’s best e-sports teams, The Watchmen, that together with other pro-gamers has got to be victorious in multiple competitions. HirsiHD has over time expressed his positivity on the future of e-sports in Kenya, especially when he recalls what it was like when the field was not as big about five years ago. So, you should definitely follow him even on YouTube and check out his journey in his career.

If you have been around Nairobi City and even its environs, you have most probably seen his graffiti pseudonym all over the place. Well, the gamer’s name is not just because of that as Peter Mumu has earned his popularity over the years due to his prowess in the football simulator, FIFA.

The youngster, however, started playing the game just like everyone else as a hobby up until 2013 when he made his way to his first local tournament to just test his skill. The victory that he got there earning him Kes. 20,000, got him to take up the game as a career playing FIFA competitively ever since.

The gamer has a number of milestones attached to his name including top places at Gold Cup tourney hosted by Green Sports Africa in 2015 and Vivid Gold Tournament that earned him Kes.100,000 among others.

2019 has also been good to him as he won in the inaugural gaming convention tournament at KCB Sports Club. Peter is connected to various gaming platforms in the country including a FIFA e-sports team, Masters Of Mayhem. The champ also plays the likes of Mortal Kombat that are dominated by Beast as mentioned before.

Moreover, he is expected to represent Kenya in Africa e-sports championships this month against 23 other African pro-gamers for the FIFA19 crown. With this much success already, following his career journey as a pro-gamer would not be that bad an idea. 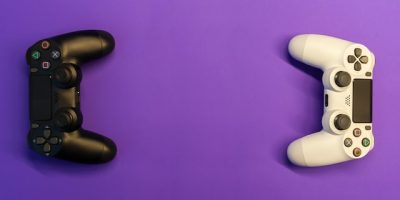 Growing Esports Industry – What Everyone Should Know