The tradition of road rage on earth does not apply to space where someone can yell at you to move. There has to be a channel of communication form the earth’s control centres and even then, those emails can be missed. Well, this may have almost caused two assets to run into each other about 350 km above Earth last weekend. This involved a Starlink satellite belonging to SpaceX and the European Space Agency’s Aeolus satellite.

The incident actually started on Wednesday when the US Air Force’s 18th Space Control Squadron issued a risk warning to both organisations. The unit that monitors space vessels and debris warned that the collision might happen around September 2nd at 7 am ET, with a 0.1% probability.

The risk then went on to raise more eyebrows as the ESA responded with a timely “manoeuvre” but not SpaceX. And while such manoeuvres are rare but not uncommon, there was an apparent communications breakdown that the ESA tweeted about on Monday.

For the first time ever, ESA has performed a 'collision avoidance manoeuvre' to protect one of its satellites from colliding with a 'mega constellation'#SpaceTraffic pic.twitter.com/kmXvAgpj1U

While the 1-in-1000(0.1%) chance might have seemed to low, it is necessary enough as any possible collision is dangerous to space and the earth. One satellite smash-up can litter the low-Earth orbit with thousands of sizable chunks of space debris for months or even years. These pieces can then travel 10 times faster than a bullet in space and disable even more satellites.

But what’s in question, is why SpaceX delayed their response to the warning making ESA do all the work. According to ESA’s Space Safety Program Office’s director, Holger Krag, SpaceX “acknowledged” the risk but “said they had no plane to take any action”.

This is even after the reported efforts by Krag’s office to contact SpaceX about the risk ever since the Starlink launch that saw 60 satellites launched on May 23rd.

Why the Musk-led company refused to act on avoiding the Aeolus satellite is still not yet clear. But the company has stated that a communications system glitch may be to blame. This might be reasonable as SpaceX has reportedly lost contact with at least three of its first batch of 60 Starlink satellites. 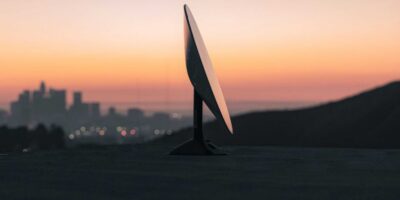