Kenya’s largest telco has put in KES 3.5 million into the sponsorship. Safaricom’s partnership with Tundo brings their investment in the WRC Safari Rally to KES 21 million. Earlier on, the telco announced a KES 17.5 million sponsorship for the rally.

Part of the Tundo sponsorship includes the multiple Safari Rally champion mentoring the three young Kenyan drivers selected as part of the FIA Rally Star programme and who Safaricom is also supporting.

“Over the years, I have had the opportunity to gain so much from the sport and as I look forward to an exciting Safari Rally challenge, I’m equally elated to get the chance to pass on some of the knowledge I have gained to three of Kenya’s future rally stars. As far as the rally itself is concerned, I feel ready and so is the car. We’ll give it our best shot and appreciate Safaricom for believing in us and coming on board, said Tundo

The multiple Safari Rally Champion will be driving a Minti Motorsports VW Polo R5, the same car that saw him clinch the 2021 ARC Equator Rally.

“I am excited and pleased to be associated with Safaricom in supporting the team of Carl and Tim and looking forward to a longer-term relationship. We wish them every success in the WRC event which thankfully has returned to Kenya. Minti Motorsports, although a UK company have their hearts in Kenyan rallying and especially in developing young talent in Kenyan Motorsports and it is our dream to have a World Champion one day from Kenya”, said Joey Ghose, Minti Motorsports director and owner.

Tundo is a five times winner of the Safari Rally and in 2009 was crowned Intercontinental Rally Challenge (IRC) champion making him the first and only Kenyan winner of an IRC round.

“The fact that Carl Tundo is one of the few Kenyan drivers who took part in the last WRC Safari Rally speaks to how experienced and consistent he is. We are proud to be sponsoring one of Kenya’s best rally drivers as well as three of the most promising ones. We are certain that the FIA Rally Star programme youngsters will grab every opportunity to be mentored by the veteran racer”, Said Peter Ndegwa, CEO, Safaricom. IMPORTANT: Safaricom Services That Will Be Unavailable This Weekend 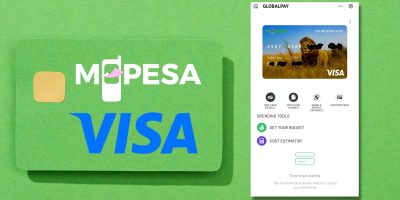