After weeks of hype around Dogecoin, the worst scenario happened when the crypto lost more than a third of its price on Sunday. This was after Tesla boss and cryptocurrency supporter Elon musk called the coin a ‘hustle’ during his guest-host spot on the American comedy sketch show, Saturday Night Live (SNL).

What is $DOGE coin ? pic.twitter.com/NOxpuhTflv

Cryptocurrency enthusiasts particularly Dogecoin traders had been eager to hear what Elon Musk would say during the show. This is especially because of his tweets this tweets that turned what was once just a meme currency into a speculator’s dream.

Asked on Twitter once “what is dogecoin”, Musk replied,” It’s the future of currency. It’s an unstoppable financial vehicle that’s going to take over the world.”

The unconventional CEO has been well-known for his enthusiasm towards the crypto world especially over the last few months. His own company Tesla ended up buying $1.5 billion worth of Bitcoin as well as introducing the currency as a mode of payment for cars. Of course, this led to a huge spike in Bitcoin’s value that has lasted for months.

There was no doubt that immediately he displayed interest in Dogecoin, its value would soar as well. Therefore, maybe he is the only one who will be able to get it back up to its heights…just maybe. 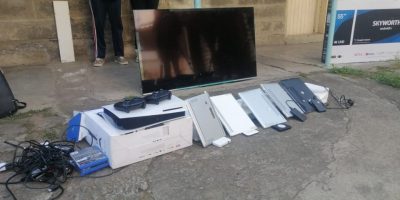 What the Volatile Price of Bitcoin Cash Says About Its Future