There is absolutely no doubt that the world of NFTs shook up the world of art and will probably do that for some time. And no, we are not talking about “Naked FaceTime” but rather Non-Fungible Tokens.

In case you are not up to date, these are digital assets whose ownership is recorded on a blockchain. This means that the ownership can be transferred from one person to another like cryptocurrency. And just like crypto, the value of these tokens can change with time.

But what is most interesting about NFTs is how much of a platform they have given not just to celebrities but also artists, traditional and digital. Through various auction sites, they can get to showcase their talents to millions of people around the world and sell their work for huge amounts of money. So, here are some of the most ridiculously NFTs sold so far.

In a world where art does not seem to be appreciated, you can pretty much say that it was inevitable for an actual artist to be the biggest beneficiary of this tech. It is also safe to say that the world of NFTs was brought to the world’s attention when one digital artist managed to sell basically his whole life’s work.

Christie's is proud to offer "Everydays – The First 5000 Days" by @beeple as the first purely digital work of art ever offered by a major auction house. Bidding will be open from Feb 25-Mar 11.

American graphic designer, Beeple, decided to combine every single image he’s ever created for the last 13 years into one digital collage. He then put it up for auction on a site called Christie’s on February 25th and the bid opened at just $100. Little did he know that he would be cashing in $69.3 million a few weeks later on March 11th. One JPEG ended up elevating Beeple to one of the three highest-paid living artists in the world.

What’s fascinating is that no one else has been able to sell an NFT for a price close to what Beeple got till now. 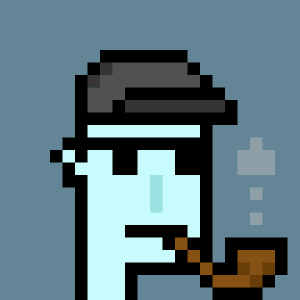 Other than artists, the world of NFTs has also attracted attention from the corporate world as well. Dylan Field, the founder and CEO of unicorn startup Figma chose to try his luck for 4200ETH (about $7.5 million), making it the second-highest sale so far.

Developed by a two-person team, CryptoPunks are algorithmically generated 24×24 pixel art images. Field bought one of them, a pipe-wielding, teal alien decked up in a hat and sunglasses in 2018. So, it’s clear that the collectable definitely paid out despite how weird the choice might have seemed back then. Grimes, Gods in Hi-res. Courtesy of the artist.

Canadian musician and partner to tech mogul Elon Musk, Claire “Grimes” Boucher entered the NFT arena with a splash. She dropped a series of images dubbed “WarNypmh Collection Vol.1,” a collaboration with her brother Mac Boucher, on Nifty Gateway. The sale that began on March 1st pretty much ended on the same day only 20 minutes later when the whole collection sold out.

just setting up my twttr

While we are all still trying how to earn our millions, Twitter’s co-founder and CEO Jack Dorsey found other streams to his fortune by selling tweets online. Jack surprised everyone by putting up an image of his first-ever tweet on an auction site. The NFT ended up selling for $2.9 million that he had pledged to donate later to a charity organisation. True to it, he converted it to Bitcoin and donated it.