Before I made the bold decision to join Twitter, my mates only gave me one piece of advice, “it’s not for the faint of heart. Two years later and I now know exactly what they meant and in agreement, President Uhuru Kenyatta.

The President came out of his shell on Wednesday, disclosing the reason why he deactivated his Twitter account back in March 2019. Being the president and the most followed African leader with almost 3.2 million followers, you would think life is a bed of roses.

However, soon after his fame and verification, it all came crashing down. At the time, the blame was on hacking allegations.

The faint of heart

The truth always finds its way and the President now has a different view of what happened.

At a BBI themed event, he notes that Twitter had nothing constructive to offer him. He notes that it’s actually quite the opposite. He instead got daily insults prompting him to opt out of the popular social media platform.

Twitter was only a waste of time and nothing tangible could come out of it, based on his experiences. Now to answer the question…

Looking at the rather negative side, Twitter can be toxic. For Kenyans on Twitter, you don’t even have to do anything bad to get negative comments. You could simply post a random picture of yourself and Kenyans will find a way to make it hectic.

If twitter adds a dislike button, I'm out. This place is toxic enough as is.

On Twitter, users tend to type out their truths without hesitation. They push you to the wall and say what comes to their heads first. They are the keyboard warriors.

They will laugh at you, call you names and shoot down your dreams and make you wish you didn’t even join the app. That’s just for regular users. As a celebrity, it’s worse. Twitter is scary! Everyone is watching all your moves and once you make the wrong ones, they will over exaggerate them and bully you to the ground.

For instance, the Elsa Majimbo and Joan Kubai Story. But, there are some good things to it

Nah, Twitter is not toxic. You're just following the wrong people.

The above is the utmost truth. Sometimes, it’s the people you follow. Most of my work depends on Twitter. Here I get news stories, interesting scoops, funny memes and inspirational posts.

Aside from that, there’s a whole world where you get the most interesting tweets. This includes places to discover, new businesses, job opportunities, early releases, tips, tricks and various life hacks.

me: Twitter is so toxic, I’m never going back to it.
also me within two weeks: pic.twitter.com/EQ6v74P2bI 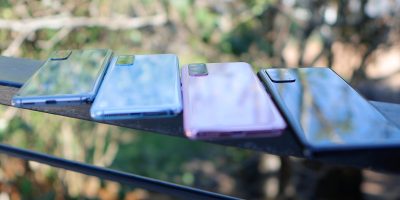