It is no news by now that the coronavirus has found its way deep within the roots of the Kenyan economy. The country currently stands at 16,643 confirmed cases since March. Out of the total cases, 7,574 patients have recovered from the disease. But that doesn’t take away the cold feeling that still lingers across the nation whenever daily reports are announced.

Over the past two weeks or so, the rate of infection has been reported to surge uncontrollably across all counties. Previously, the Ministry of Health used to record cases at their thirties but the past few days have seen some of the highest figures since the first case was reported.

However, that hasn’t hindered he country’s efforts of trying to get back to some sort of normality. County-to-county movement restrictions were lifted last month among other stuff. But other fundamental sectors still remain under lock and key amid the ongoing crisis.

Well, President Uhuru Kenyatta called on for a press conference. This was scheduled for today 27th July after a videoconference meeting he held with governors of all 47 counties.

As expected he did start off by condemning the false state of security by Kenyans and leaders across the country that has seemingly led to the rising cases.

And as expected, President Kenyatta announced the re-escalation of measures to curb the high spread of the pandemic. They include:

So, of course, Kenyans have had a lot to say about the ban on alcohol sale.

Police hearing about the bar licenses and the potential of permanent withdrawal#UhuruKenyatta pic.twitter.com/KBwYcdz7kX

However, many are grateful that the movement restrictions were not brought back.

Great move .Lockdown is unnecessary. We only need to learn on how to cope up with the virus.#UhuruKenyatta

Moreover, many looked to blame the alcohol sale ban on the recent Senator Sakaja incident.

Sakaja is the reason why President #UhuruKenyatta decided to ban alcohol in eateries and restaurants and close bars until further notice.

It's all been Sakaja, and sweet but there's really nowhere the Bible says that God helps those who help themselves. But this shouldn't shadow what the President has said today. We truly need prayers and need to keep safe. #UhuruKenyatta

Either way, it is clear that the national address was meant to restrict gatherings in bars and restaurants. And yes, this does look like retaliation against the recent scandals by elected leaders. So, what do you think about the restrictions? 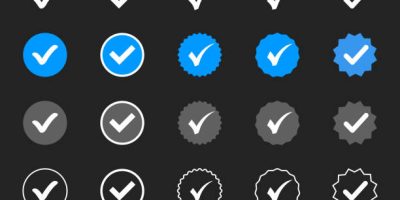