Last year November, SWVL was temporarily banned from Kenyan roads following an order by the National Transport and Safety Authority (NTSA) after the governmental body found that the mass transit company was not duly licensed to operate in the country.

It’s not just SWVL, this fight against what locals are calling digital matatus pushed Little Shuttle out of the business.

In a renewed fight, the NTSA has written to the Police, asking them to impound SWVl vehicles for operating without proper licensing, mainly resulting from the choice of routes.

“Traditionally an operator is licenced to operate at a particular route but SWVL wants to operate in a manner that they can go anywhere,” said NTSA’s licencing manager Jackson Mutua.

The Nairobi County Assembly confirmed that SWVL had applied for a license but was denied after the firm refused to operate on the designated routes.

“They tried to apply and as a County, we advised them that they have to follow the designated routes. They cannot operate how they want on the routes they had requested,” said County Roads and Transport Chief Officer Engineer Fredrick Karanja.

“The problem is that SWVL wants to operate everywhere ignoring that the PSVs in Nairobi operate along routes that have been licenced. Once they get licenced they will have to follow the existing routes,” he added.

It doesn’t end there, the NTSA has also asked the Inspector General of Police and the Director of Public Prosecutions to arrest and prosecute SWVL’s CEO, Mostafa Kandil and compel the firm to cease operations within Nairobi completely on grounds that SWVL has been operating illegally.

As per the County Assembly Committee, SWVL will only have a reprieve from the constant back and forth with authorities if they acquire a license and stick to the existing designated routes that are used by traditional matatus. 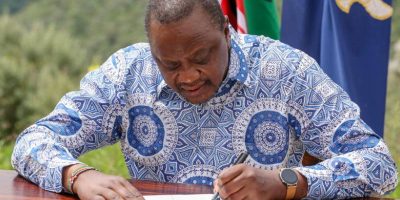