If you have been keeping up with recent Kenyan news, you may have come across information that Safaricom’s market share is shrinking.

Well, that is true. According to sector statistics report by the Communications Authority of Kenya, Safaricom’s market share has dropped from 65.4% in June 2018 to 63.5% in June 2019.

That drop comes with benefit to Airtel Kenya, which has since seen marginal growth in both market share and subscriber count from 21.4% last year to 24.6% this year.

Airtel is for calls

When it comes to voice calls, the sector stats show that Kenyans have a huge preference for Airtel. The numbers show that Airtel’s share in calls volume has grown significantly, even though Safaricom still has Lion’s share.

And it’s not just the number of calls that have increased, Airtel users made the longest calls on average. For instance, an Airtel-to-Airtel call lasted an average of 3.5 minutes, while on from Airtel to other networks lasted about 1.1 minutes.

Calls are still a cash cow

Interestingly, calls still remain the highest avenue of income for telcos (you’d think that by now mobile data would have taken this position). Safaricom’s revenue share is dominated by voice calls, then mobile data and then SMS.

Airtel seems to be making money (the little that they are) from mobile data, then voice calls and then SMS. Airtel’s wife-to-be, Telkom Kenya, on the other hand, is cashing out of mobile data and voice calls.

Should Safaricom be worried?

If you ask the court of public opinion, they will respond that Safaricom should be extremely worried by these numbers, but should they?

Looking at the revenue share between all the telcos, Safaricom still leads in all the areas, by a huge margin. See, the market share might be shrinking but the actual numbers are increasing and with Safaricom’s higher-priced services, their income is increasing as well.

However, that’s short-term relief. If Kenya’s current largest telco does not innovate to keep their customer base from keeping the green SIM card on their phones just for M-PESA, then the marriage of Airtel-Telkom might pose a bigger threat than initially thought, because as it stands now, it seems more and more Kenyans are turning to Airtel and Telkom for calls and mobile data. 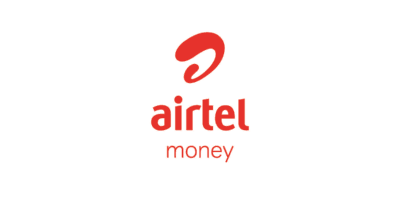