We have all come across the news that Airtel Kenya and Telkom Kenya are working on a merger that will see the two companies become as one in an effort to better their chances at taking on the giant that is Safaricom. As much as the exact terms of the merger are not yet known, the companies did clarify that we will not be seeing any changes immediately as the two companies will continue working independently which points us to the direction of having a Transsion-like approach, where the two brands operate independently as competitors but report to one management with shared revenues and resources.

So far, the merger does not look like it is meant to benefit the consumers but more of a move to appease investors but that does not mean that consumers should just be left out high and dry with an absurdly named telco, Airtel-Telkom and nothing to show for it.

In the current market, Safaricom seems to be winning at everything – mobile services, fixed internet and mobile money. Admittedly, Safaricom is not the cheapest telco but it is by far the most reliable one. Airtel, who offer really cheap prices, is riddled with complaints of unreliability and network failures, especially for mobile data users. Seeing that both Telkom and Airtel have been pushing for the declaration of Safaricom as a dominant player, my hope is that the two are not coming together to further push this agenda but rather pull each other from their self-dug pits.

You may have noticed that recently, Telkom has been really pushing for the purchase of airtime via their M-PESA paybill number. An odd strategy one may say but one that might actually work perfectly well for the telco and one that I hope the new entity embraces.

Telkom seems to have accepted that their T-Kash mobile money service cannot beat M-PESA, not with their handful agents across the country (Airtel take note) and thus, the company acquired a Lipa na M-PESA paybill number and has been encouraging users to top-up their Telkom lines using the paybill number. How does this work in their favour? Well, Telkom has adjusted itself to be the second SIM. A good number of Kenyans have more than one SIM card, myself, I have one for each telco, but my guns have stuck with the green one for obvious reasons. Telkom does offer significantly cheaper rates across data, calls and SMS than Safaricom and they are betting on this to grow their subscriber numbers. By having a paybill number, Telkom has essentially made it easy for Safaricom users to keep their first SIM but switch their second SIM to Telkom – they don’t need to worry about purchasing scratch cards.

Taking Up The Second Wife Roll

As a joint entity, Airtel-Telkom should continue with this strategy. In my opinion, here’s what they should do:

Accept that they might never replace Safaricom as the main SIM, thus target their campaign and messaging as a complimentary service provider rather than an alternative.

Airtel-Telkom should ignore mobile money, at least for now. If the company cannot replicate Safaricom’s vast M-PESA agent network and Lipa na M-PESA spread, they should just sit down and get themselves Safaricom SIM cards as well.

The new entity should focus on creating value for its customers where Safaricom has failed. Telkom’s network coverage is far much better than that of Airtel, thus, this should make it easier for them to rant about offering cheaper rates, especially for mobile data. If Airtel-Telkom can perfect the mobile data industry, then denting Safaricom’s market share will be much easier and they stand a better chance at being upgraded to the main SIM.

Let it not just be about low prices but good quality. If it means having slightly higher prices than right now but for better customer experience, by all means, Airtel-Telkom please go for it. There’s no need for customers to purchase data at give-away prices only for them to expire because they are unusable.

The opinions herein are my own and I am well aware that a good number of readers might not totally agree but feel free to share what you think in the comment section below, you never know, Airtel-Telkom might just take your advice. 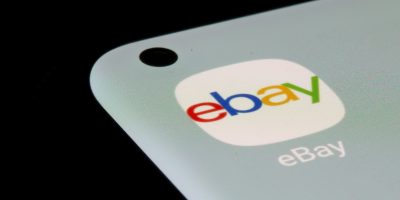