Rwandan government recently announced that they have been working with a UK company to launch a satellite that will provide the much-needed internet in schools located in remote regions of the country.

Rwanda’s ICT and Innovation Minister Paula Ingabire in a statement said that the government has made significant attempts to invest in broadband connectivity revealing that it views it as an enormous opportunity to connect more people who lack internet access.

“Rwanda’s choice to invest in space technologies is part of our broader mission to bridge the digital divide by providing equal digital opportunities to rural and remote communities,” she said.

Information from a Rwandan tabloid reports that the much-anticipated satellite was launched at 11:30 pm on Wednesday, 27th February 2019.

The first school to benefit from the broadband satellite is Group Secondary St Pierre, a school located in Nkombo Island. Being that the school’s location is in the rural parts of Rwanda with lack of proper road networks as well as insufficient electricity connectivity, a satellite was the ideal way to provide internet connectivity.

OneWeb, the global satellite-powered communications company providing service to the Rwandan government is supported by key players in the space industry and finance. Some of them include Virgin, Qualcomm, Airbus and Soft Bank of Japan.

The broadband satellite which has gained popularity in the Paul Kagame-led country as ‘‘Icyerekezo’ is just one of the first six satellites to be launched by the UK company. They have revealed plans of installing 650 more satellites in public facilities across the globe.

Prior the launch, the ICT Minister said, “We are delighted to partner with OneWeb in this transformative initiative which presents us a huge opportunity to leverage satellite connectivity, using OneWeb’s constellation, providing low-latency and high-speed internet to schools in remote communities of Rwanda.”

She also mentioned that the partnership is in line with the country’s plans of becoming a regional tech hub, providing better education, creating new connectivity platforms as well as coming up with new opportunities for innovators.

Greg Wyler, OneWeb’s Founder and Chairman said, “We are delighted to partner with the Rwandan Government and particularly the students of Nkombo. The connectivity we can provide them will allow them to realise their dreams and allow Rwanda to become a hub for technological innovation.”

Earlier Rwanda made known their plans to digitally transform the education sector. In an attempt to achieve the same, the Ministry of Education entered into a partnership with Microsoft Corporation in 2014. The partnership’s aim was to incorporate information and communication technology into various aspects of the country’s education sector.

The latest partnership with OneWeb will see the reduction of the number of schools in Rwanda that lack internet access from the current 531. 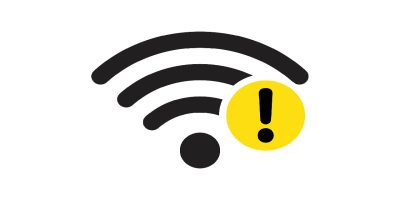 Fix It With Dorris: How To Fix Wi -Fi Connectivity Issues