It’s not the first time that we are seeing the headlines containing “Xiaomi” and “Africa” in the same sentence. A while back, when the company was undergoing a wildfire of expansion, it had the intentions of penetrating the African market, starting with Nigeria, then Kenya then the rest. Everything was going well, with Mobile in Africa being the official distributor of Xiaomi devices in the continent and a few partnerships which saw Telkom Kenya (then Orange) distribute the phones in the country.

These plans were quickly foiled after Mi-Fone, a Mauritanian mobile phone company, through a court order stopped Xiaomi from selling their devices in the continent under the “Mi” branding. This was a bottleneck for a while but nature took its course as Mi-Fone quietly closed shop leaving Xiaomi to dominate.

This time around, Xiaomi just shipped devices into the continent through retail partners like Jumia. So far, it seems to be working as we have seen a number of devices being availed in the country and actually sell really well. So far, the company sells around 10 devices in the country including the Pocophone.

Following this development, Xiaomi has officially announced the creation of an African division to oversee the company’s presence in the country. Xiaomi’s African Regional department will be headed by Wang Lingming, Xiaomi’s current VP.

Xiaomi’s intentions with Africa will probably be to sell entry-level devices which now clears out the cloud surrounding the separation of Redmi as a subbrand. The African market is dominated by budget smartphones and to gather any market share in the continent, Xiaomi has to be deeply rooted in the budget segment.

There is unconfirmed news that the company could be working on a new series of Redmi Go smartphones that they will focus on the continent. From the name, it sounds like they will be Redmi devices running on Google’s Android Go platform.

To succeed, the company will need to do more than just avail the budget devices in the continent. They need to ensure that they maintain a physical presence with actual walk-in shops and not just selling online. Aftersales services also need to be addressed, paired with the swift availing of Xiaomi smartphones as soon as they launch. My Top Picks of 2022 Smartphones To Buy In Kenya 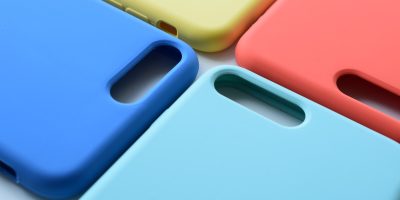