2015 was a remarkable year for Samsung with the release of their handsets to the customers, namely the Galaxy S6, S6 Edge, S6 Edge Plus and the Note 5. It was now apparent that the generation of smartphone designs for Samsung had taken another level and surely, they thrived well that year.

Introduction to glass and metal design was one thing customers came to love about Samsung phones and up to today, Samsung retains that legacy with its gorgeous looking devices. However, how does the S6 fair up to now? Let us find out in this review. Well, it is surprising how this phone has held up for the last 4 years. The unit I have here has been sitting on a case all through and on tempered glass, which I removed recently and in my experience, I think I am impressed with the overall protection it has offered to this phone until this point of time.Even after several drops, I still appreciate how the body has remained intact. The aluminium chassis has also undergone ageing with scuffs and scratches particularly at the bottom. Dropping it without the case will obviously cause more scuffs at the corners, so you got to be careful enough. The buttons still feel clicky and while we applaud its eye-catching looks, let’s not forget that this is a slippery device, honestly, its condition as of now would not be possible without a case.

Otherwise,  the device still looks flashy particularly due to the unique way light bounces on the back giving it a shimmery effect and on this model, it is interesting to see how the blue colour becomes more profound at certain angles. Together with its slim profile, it is a delight to view this smartphone up to date. Moving on to performance, it is difficult to jump into conclusions whether it is still worth it or not. The phone is ok in my preference, but do not get me wrong, there are still challenges encountered while using this phone.

Lets us start with the negatives:

The interface as of late has been buggy, probably due to the Android Nougat update. Sometimes using the phone for extended periods may cause the phone to heat up a little bit and apps sometimes may crash though not as severe as it was when it was brand new. Samsung chipset still feels quick up to now, though updates being pushed to older smartphones tend to slow down the whole system. Gaming runs well up to now, the UI responds to every commands given and it still feels snappier at least in my opinion.

Let’s not forget that the UI occupies 8GB of the available 32 GB which is non-expandable by the way, a factor that may raise eyebrows of many. Having only 24GB to use is a little in my opinion, considering apps that occupy 9-10GB of the space and you are left with a mere 14GB for videos, pictures, music and other documents. There is a 64GB variant and also a 128GB variant mostly on the Galaxy S6 Edge, so it is worth picking them up instead of this 32Gb model here.

In terms of connectivity, the device still handles well, with wifi MiMo and also 4G cellular connectivity. Calls are still clear enough to be heard as of late, and noise cancellation is also great in this device.

And then comes the factor that everyone has been lamenting about this phone and that is battery life. It has been a struggle to charge this phone now and then because of how fast the battery drains. Getting into real statistics you will achieve approximately 3 ½  hours screen on time when wifi connectivity is turned on the whole day. That’s a rough estimation of about half a day of battery life. So if you are cautious enough, you may consider carrying your charger or going to a more effective direction by carrying a power bank instead. It charges fast, a feature which I think serves as a compensation for the poor battery life. So what are the negatives of this device?

My phone previously experienced screen burn-in before being replaced, a problem most AMOLED screens suffer from. Samsung has put many gimmicky features of which I found friendly but not usable once again after some period of time, maybe once or twice or thrice. The camera hump on the back is a bit distracting if you are looking for a thin case. the camera quality is Ok, it’s not bad, in fact, this is still a good camera, but its “newer” brothers are far more capable than this. The camera also suffers from glare when exposed to luminous objects, a problem both the front and back camera are fond of, the situation becomes worse at night and let’s not forget how much the camera oversaturates the images it captures. The speakers are still tinny like before, one precaution is that you have to prevent your hands from blocking them, lest you will not hear any sound.

Lets now go to the positives:

This is a gorgeous device in terms of its design factor, the built-in IR Blaster is a big convenience to me because it allows you to control your television, home theatre, air conditioner or any other AV equipment at the convenience of your phone. Having a Quad HD AMOLED display makes images sharper and colours to really pop, the fingerprint scanner is still as quick in fact quicker with nougat update.

Multitasking is another great and convenient feature, the heart rate sensor is a good feature to have, with the ability to also measure blood oxygen circulation. Wireless charging is also a good feature to have, it has a good vibration motor and it also gives you the option to adjust the strength to your preference. It supports 4k video recording at 30fps, front camera shoots in Quad Hd resolution, Optical Image Stabilization is built in for the back camera particularly for those who want smooth videos, blue light filter is here to prevent blue light emission while using your phone at night, panic button that alerts your relatives during emergency, sound detectors built in in the phone, the numerous camera modes you can download and have fun with, virtual reality support with the Gear VR, well, the list is endless…

Let us not forget that this phone has Android Nougat which is eye-catching and also pleasing to use. It is insane how much differences it has brought right from the layout of the caller screen, the alarm screen, messaging app, new system settings menu, new system control icons, new music app just to mention a few. We aren’t sure about the alleged Oreo update for this phone, maybe we have to be patient to see the outcomes in the future.

Is it worth still considering?

Personally, I tend to love this smartphone after being a Galaxy S4 user for long. Though certain issues may be a barrier to like this phone, it still a good phone in my preference. There are better options out there for you, with newer stuff and probably better value. You can pick up the S6 for as low as Kes.15,000 if you must have a Samsung flagship. 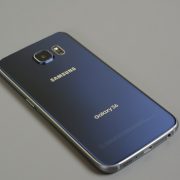 It's worth picking it up if you don't mind the outdated stuff.