Around 250,000 Safaricom customers have taken up smartphones on credit that require daily repayments of as little as KES 20, according to a report by Business Daily. This, as revealed by Safaricom, has helped boost the telco’s goal to increase data revenues.

Safaricom states that these numbers were ramped up between July 28th 2020 and the end of March 2021. This means that around 1,016 customers have been buying smartphones per day.

This report comes about a year after the telco launched Lipa Mdogo Mdogo, an innovative device financing service that allows customers to get 4G-enabled devices. The service was mainly targeted at customers who still feature phones to give them an opportunity to upgrade their daily drivers through credit.

Safaricom had aimed at offering one million affordable smartphones in partnership with Google. This is all with the main goal of growing its data business in order to counter a decline in mobile calls, where saturation has caused a decline in revenue.

“Through Lipa Mdogo Mdogo, 250,000 customers made use of the offer, with over 60 percent upgrading from 2G and 3G to 4G devices,” states Safaricom.

“This represents a growth of 39.8 percent year-on-year in 4G devices and will have been partially responsible for the 31.1 percent growth in data customers using more than 1GB.

“There was a significant increase in demand for mobile data, driven by our customers continuing to work from home and needing to stay in touch during the pandemic.”

Additionally, Safaricom aims to rev up its data business by moving more customers to higher internet speeds. The telco depends on data analytics to create personalised credit scoring for its customers, in order to choose who qualifies for the phone financing plan. 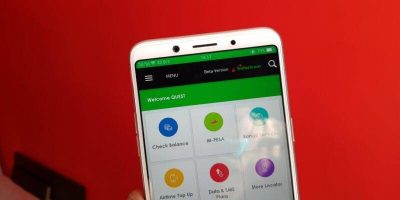