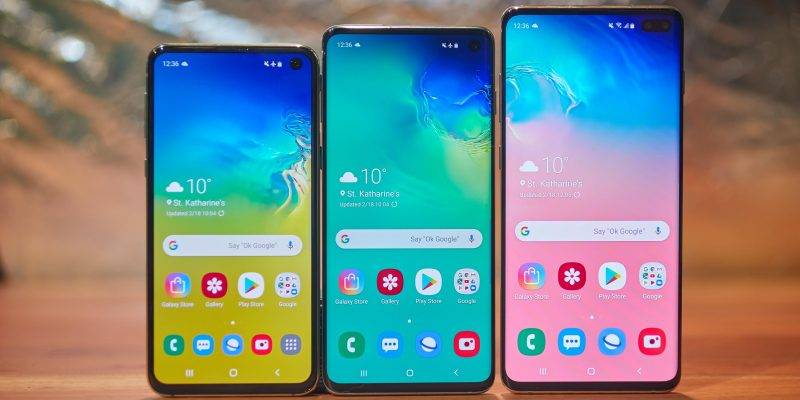 If you happen to walk or drive by the Junction Mall along Ngong Road, you might want to spare a few minutes and get into Carrefour Supermarket straight into the smartphone aisle. You will then be lucky enough to spot three Samsung Galaxy S10 smartphones with prices that will throw you off at first.

The Samsung Galaxy S10 lineup might very well be at its cheapest price ever at Carrefour after images were sent to Gadgets Africa showing the three smartphones currently going for less than KES 40,000.

According to the images, the Samsung Galaxy S10e (Lite) is currently going for KES 30,990, the standard S10 going for KES 34,990 and the S10+ selling at KES 39,990. For anyone that is familiar with these devices, you do know that this is a really rare scenario. 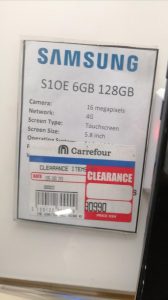 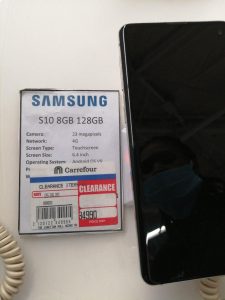 Normally, you would get the S10e at about 50k, the S10 for about 60k and the S10 Plus going for around 70k. So having last year’s flagship devices going for almost half their current prices is, to say the least, a sweet deal.

You should, however, note that these devices are just displayed units put up for clearance which wouldn’t be as ideal as getting a new one. Either way, we would be lying if we didn’t say that it is all totally worth it.

The S10 is great as it shares a lot with the Plus variant, especially in the premium features that make these phones attractive, the only difference being that you get a smaller screen at 6.1″ but the resolution is maintained, the battery is also smaller at 3400mAh due to the phone’s smaller footprint and we get a single camera at the front.

The S10e is a device meant for those who desire the S10 features but cannot quite afford it or would rather save the money instead and for this reason, Samsung actually brought forth the premium flagship features to this phone including the new display, the fragile premium design, and everything you would need on a flagship phone.

Meanwhile, the S10 Plus is obviously the cherry on top owning all the high-end features you would expect on a premium smartphone. For a 4,1000mAh battery, the phone is much lighter than it seems which is a good thing for one of its size.

All the extras including water resistance, wireless charging, power share to charge up compatible devices wirelessly using your phone, literally, if you are getting the S10+, you should not be worried about the specs.