Just when we thought 2020 had given us enough of a hit with the coronavirus pandemic, something else has bubbled up demanding the whole world’s attention. Amid the ongoing outbreak that the world is still trying to contain, the United States of America has had a catastrophe of its own pertaining to the ongoing protests. This started after reports and a video came out showing the tragic death of American citizen George Floyd in the arms of four police officers.

Beginning as the right course, these U.S protests have in time proven to be violent as others resolve to loot local buildings and businesses across several cities. And yes, all this is already having an effect on the tech industry. With a number of major companies based in the U.S, some seem to be pausing some of their operations to give way for all the racial tension in the country to be addressed.

Entertainment company Sony announced its resolve to postpone the anticipated PS5 event that was scheduled for June 4th due to the ongoing protests. While one may think that this was due to the violent atmosphere in the country, Sony did make it clear that the event was delayed as it is not as important as the main agenda being driven across.

“While we understand gamers worldwide are excited to see PS5 games, we do not feel that right now is a time for celebration. And for now, we want to stand back and allow more important voices to be heard.” Sony said in a Twitter message.

The gaming brand had planned to use Thursday’s event to showcase a number of games compatible with the next-gen PS5 straight from launch. Of course, gamers around the world had been expecting to get a glimpse of the console’s design or even an analysis of its general performance.

As it seems, we will all have to wait for a later date which Sony has not yet revealed.

The American software company had also been expected to have an event of its own where it would announce the public beta launch for Android 11. The event was scheduled for Wednesday 3rd June, already a whole month later than originally anticipated. A beta launch for any new version of the OS has always been a huge deal for developers and tech geeks as it gives them first-hand experience of the software before everyone else. Additionally, this usually gives them an opportunity to give feedback about any flaws for Google to work on before the official launch.

“We are excited to tell you more about Android 11, but now is not the time to celebrate,” said Google in an Android blog post. “We are postponing the June 3rd event and beta release. We’ll be back with more on Android 11, soon.”

While Google did not specifically explain the reason for the delay, the company has made it clear that it stands “in support of racial equality, and all those who search for it”, which pretty much sums it up. With this delay though, it is unclear whether the full launch of Android 11 will be pushed from its scheduled Q3 2020 date.

If you have been following up, you most likely know by now that these two tech moguls are not exactly on speaking terms right now. In the wake of the ongoing protests, President Donald Trump found himself at crossroads with Twitter after a number of his tweets fell victim to the new fact-checking feature. As expected, this did not sit well with Trump as he immediately retaliated with an executive order to stop Twitter from doing so to him and anyone else. This, according to him, was an action to suppress people’s right to expression which he wouldn’t allow any more.

This seemed to fall on deaf ears as one of his tweets was even hidden from his timeline the morning after as it was “glorifying violence” against protesters. However, one individual seemed to be on Trump’s side, which has not been received well. Speaking on the new order, Facebook CEO, Mark Zuckerberg agreed with the order stating that tech companies “should not be the arbiter of truth of everything that people say online.” Twitter’s Chief, Jack Dorsey seemed to clap back at Mark saying, ”We’ll continue to point out incorrect or disputed information about elections globally. And we will admit to and own any mistakes we make. This does not make us an ‘arbiter of truth’.”

Facebook’s choice to ignore Trump’s controversial posts has also rubbed a number of its employees the wrong way, many of whom rushed to Twitter last weekend to condemn the company and its boss for this.

Speaking to The Verge, a number of Facebook’s employees did air out their disappointment with the company’s neutral position.

“I have to say I am finding the contortions we have to go through incredibly hard to stomach,” one employee wrote. “All this points to a very high risk of a violent escalation and civil unrest in November and if we fail the test case here, history will not judge us kindly.”

Till now, Zuckerberg has chosen to not do what Twitter has been doing but surprisingly gave his employees the space to speak openly when they disagree with the leadership.

As much as we may all want everything to go on smoothly, the most important thing is for racial injustice to be addressed. All the events can wait. 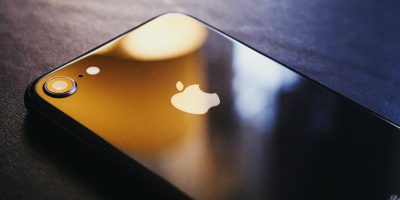