We keep speaking about the highest risk of investing in cryptocurrency to be how volatile they tend to be. But a plunge in 70% could be described as extreme even in the crypto world.

One particular digital token, Matic, that’s used on the blockchain scalability-focused Matic Network, crashed last night by a whopping 70% just before a slight recovery. The collapse that saw the currency drop from $0.042 to $0.013 obviously caused an uproar among its users with them waiting for the network to fully explain the drop.

The explanation was not immediately given although the chief executive of popular bitcoin and cryptocurrency exchange Binance, Changpeng Zhao, took to Twitter to reassure Matic users. “Our team is still investigating the data, but it’s already clear that the matic team has nothing to do with it,” said Changpeng Zhao, who’s often known simply as CZ.

Our team is still investigating the data, but it's already clear that the MATIC team has nothing to do with it. A number of big traders panicked, causing a cycle. Going to be a tough call on how much an exchange should interfere with people's trading. https://t.co/wOVF6tEBkQ

Meanwhile, the co-founder and COO of Matic Network, Sandeep Nailwal, assured the public of ongoing investigations concerning the sudden shocking collapse. “We will post a detailed analysis and we will come out stronger than ever from this evident manipulation.” Luckily though, Matic’s sell-off did not affect Bitcoin’s price in any way as the prices of other major tokens have remained relatively flat across the board. However, this should be a cause for caution from all these competitors as this could happen to anyone at any given time.

This is mostly in accordance with one popular bitcoin and cryptocurrency commentator, Alex Krüger. “What happened with Matic can happen to any token.

Crypto. The stuff of dreams and nightmares. $MATIC was up 180% in two weeks before crashing 70% in an hour. pic.twitter.com/zo9LzP80L8

“It would be very surprising for it to happen to the large caps, but it can still happen. Adjust selling volume by market cap or order book liquidity and presto. Hence why crypto is traders’ paradise, investors’ hell,” Krüger said, adding there’s currently an “apocalypse” going on with minor cryptocurrencies. 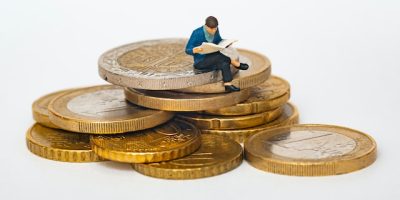