Whether it’s buying a new smartphone, laptop, tablet, monitor or television, the resolution will always matter. In this article, we aim to help you understand what these resolutions mean and what they have to offer.

Resolution is the maximum number of pixels that can be displayed on a monitor, expressed as (number of horizontal pixels) x (number of vertical pixels)

When high-definition TVs became the norm, manufacturers developed a shorthand to explain their display resolution. The most common numbers you see are 720p, 1080p, 2K or 4K. So first things first, what does the “p” stand for? It is basically a progressive-scan display. Evolved from the latter interlaced display.

The frame rate is the speed with which the monitor displays each separate frame of data. The most recent versions of Windows set the framerate at 60 Hertz or 60 cycles per second. 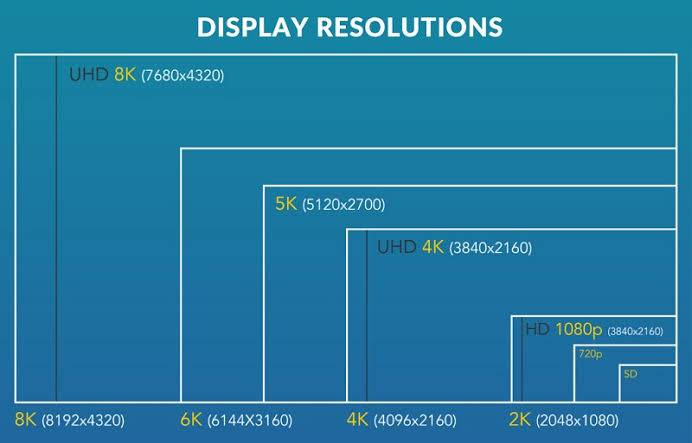 According to Digital Citizen, here’s what the numbers mean:

The most important thing is not the monitor size, but its ability to display higher resolution images. The higher you set the resolution, the smaller the images on the screen are. There comes a point at which the text on the screen becomes so small it is not readable. In other words, do not expect miracles out of a cheap monitor. When it comes to high-definition displays, you definitely get what you pay for.