Safaricom through its youth network, BLAZE, set camp again last weekend in the country’s capital for an E-sports finals. The event that was held in the Technical University Of Kenya, might have been one of the biggest yet as it saw over 300 youngsters gather at the hall to battle it out for the ultimate prize.

With the gamers competing in FIFA 19 and Tekken 7, two competitors emerged on top as competitors of the two-day long tourney. Dennis Amatta beat the first runner up, Hezekiel Karanja in the hotly contested FIFA 19 competition with Matik Chuong’ from Kariobangi earning third place. Meanwhile, the ladies went out for the Tekken 7 seat, with Jean Jelimo deservedly taking the crown after beating Millicent Thuku from Kariobangi. The third place then went to Maureen Wachira who hails from Kahawa Sukari. The lucky winners not only earned the glory but also went home richer with the top 3 gamers receiving 50,000, 30,000 and 20,000 respectively. When asked about his experience, Dennis Amatta was excited enough to say, “I am delighted to be the winner of the BLAZE Nairobi region E-sports tournament. It was tough, but good preparation and determination earned me the victory.  I now have the confidence to compete in more tournaments and possibly take part in global competitions.” 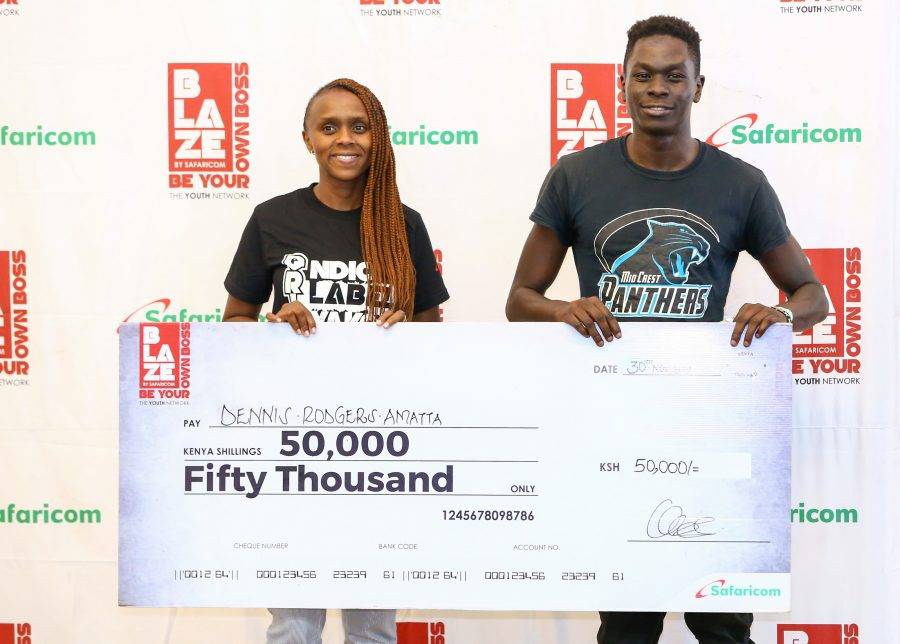 The tourney’s Nairobi edition that also concluded the year for Safaricom BLAZE but brought in young gamers and e-sports enthusiasts from as far as Kiambu, Machakos and Kajiado Counties. So far since launch, the competitions have seen over 900 gamers get the chance to participate and prove themselves as worthy gamers. Moreover, Kes.500,000 has been won on the grassroots knockouts and the 4 regional finals held across the country.

Nothing has been revealed about next year’s plans but we only hope that it will get bigger and better.