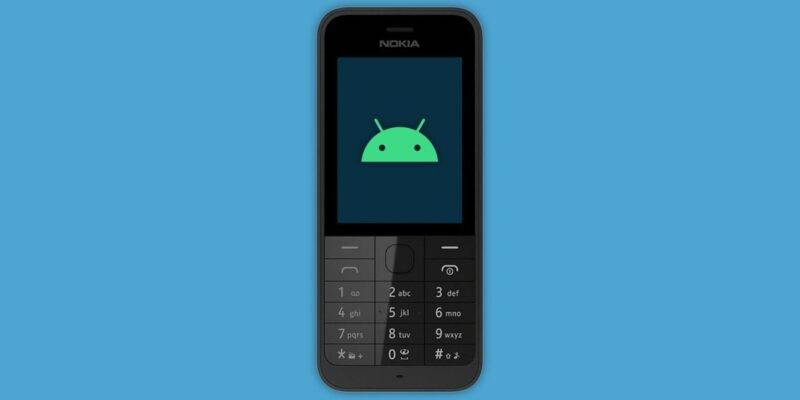 A while back, there were reports that Google was working on releasing an Android OS version for feature phones.

This was back in April and since then, we’ve not heard of anything. Actually, Google went ahead and invested in KaiOS, a dedicated feature phone OS that aims to bring smartphone features to otherwise dumbphones.

As KaiOS is catching on (there’s even a TECNO phone running the software), a mysterious video has appeared online showcasing what looks like a complete running version of Android on a feature phone.

The device has been concealed, so we cannot tell which Nokia variant it is, but the software clearly shows that its Android. The 5-second video which was shared on Vimeo showcases a user scrolling through the UI of the phone showcasing Google Assistant, Google Maps, Chrome, and the Settings app.

From the video, we are also able to glance on a few more items on the UI including the app drawer and other apps such as a file cleaner, clock, contacts, FM Radio, Gallery (indicating presence of a camera), Messages, Music and Proxx (which is an interactive mobile game).

We also take note that the Android software in question is Android 8.1 as seen on the settings app, which raises questions as to whether this is an old prototype device and the project might have been killed off or its Google just relying on good-old reliable software for stability. Even more interesting, the person who posted the video added a message indicating that the phone could be the first-ever feature phone running Android and highlighting that the software relies heavily on Google Assistant to perform tasks including voice typing.

“Here we see the world’s first android powered feature phone. The Google assistant is up and the centre of the whole phone with most interactions like typing being favoured using voice.”

The leaker then goes ahead to suggest that Google might be making an announcement in regards to the feature phone in their upcoming Pixel event. “Regardless, we are expecting more details to be released at the upcoming Pixel Event on October 15th.” Fix It With Dorris: How To Diagnose Your Phone Problems.