Gamers and every other shareholder in the industry are being treated to a fun-filled week at the annual European gaming event, Gamescom 2019 in Cologne, Germany. Similarly to the E3 event, this means another avalanche of announcements for the games industry.

That includes lots of reveal trailers and even though the event just started last night, we already have enough games to warrant a collection of them. Of course, we’ll keep you updated on every important reveal as the event continues throughout the week.

Announced to come out anytime next year, Nvidia kicked off the event on a good note with its announcement that Minecraft’s PC edition will be receiving official ray tracing support courtesy of RTX in a future free update.

Presented by Nvidia as well, they added this game to their collection of trailers to show off, including the new ray-traced Watch Dogs: Legion clip, revealing lots of sweet-looking puddles. Come March 6th 2020, players will be able to navigate around a futuristic London setting, choosing any character they want working for a dark hacking cartel called The Resistance.

In the same hype as previous reveals, Remedy took to the stage to show off its new RTX-enhanced Control, coming out next week on the 27th. In the game, you get to play as Jesse Fadens, an agent working for the mysterious Bureau of Control but with ambitions of working up to the director position in the agency. The game is simply a “supernatural third-person action-adventure” that bends reality around psychokinetic abilities, which is basically moving things with your mind.

Without much about exactly when it will be released, Nvidia showed off a trailer for Synced: Off-Planet, a AAA title that will be more of a zombie shooter arcade blended with some elements from battle royale. And being Nvidia’s child, it is another one that will be getting the RTX treatment.

The game’s sneak peek got to give us a look of how a vampire-infested Seattle will be when light hits the rain-soaked streets just so. More to that the trailer showed off the RTX-powered ray tracing works that will be fully experienced in March 2020.

With this being one of the most anticipated games of the year, Nvidia also revealed a new RTX trailer for Infinity Ward’s new Call of Duty instalment, with the audience being shocked at how the ray-traced effects actually made the scenes look less dramatic with the more realistically rendered shadows, compared to what we had been seeing earlier. The game is set to be released on October 25th.

Ray tracing was also announced by Nvidia to be coming to the title that is already available to players, with a trailer showcasing the graphic improvements that will be coming as well. And considering it is a game about shooting the hell out of Nazis, the improvements are more than welcome.

We also got to look at the newly announced Ghostrunner, that’s all set in a dystopian cyberpunk universe in which humanity has been confined to a huge neon-lit superstructure called the Tower, which is ruled over by an ominous figure known as the Keymaster. Netflix Plans To Launch its Game Streaming Service on iOS 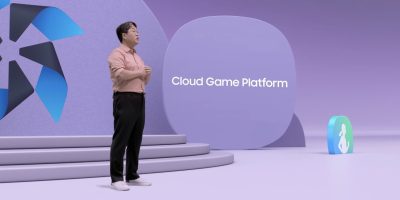