The conversation of humans moving out of this planet and exploring others like Mars for the purposes of finding one that can best support life as the earth does is one we have been hearing for quite a while. And with Elon Musk’s SpaceX and the crazy ambition that this billionaire has in mind, the idea has just been growing over the years to a point of influencing other entrepreneurs to have their own space companies that could make this a reality.

With SpaceX now seeming like the leader in the goal of planning the travel to Mars, Elon has been sure to make it clear that his dream goes beyond just that.

If you have no idea what we are talking about, he intends to spearhead the “colonisation” of the red planet and make it suitable for humans to travel and live there. And with the horrible things that we’ve got going on here, you would almost be tempted to consider that as a good idea.

Moreover, it is no doubt that building a civilisation on Mars from scratch would be an extremely costly affair. But if we got a bit realistic here, you would probably never even estimate the amount of money needed for such a project.

Well, it seems like you won’t have to as according to Elon Musk, the dream of having a permanent human settlement on Mars could incur about $10trillion. This would make it the single most expensive construction ever undertaken since that means it would cost an eighth of the global economy.

This was said by Musk in a tweet answering to a user who specifically asked him the question.

My question is, what’s your current estimate on the total cost of having a self-sustaining civilization on Mars?

What about what you said about 1,000,000 tons of cargo to Mars for a self-sustaining city… real estimate, back-of-envelope calc or figure of speech?

Yes, you might have read that amount, probably converted it to your country’s currency and thought of it as a crazy mission. But the fact that Elon has already approximated the whole budget (or a part of it) tells you that he doesn’t identify to the word ‘impossible’.

For now, though, he has been busy leading the development of SpaceX’s Starship rocket that has been under numerous tests in a bid to have it transport astronauts to the celestial bodies.

The Starship, that has severally been dubbed “Starhopper”, is planned to see its first commercial launch in 2021 and fly a group of civilians to the moon’s orbit and back in two years.

But building a city on a whole other planet is something that Elon definitely has in mind as he had already explained during an interview in July. It may sound like an excerpt from the Star Wars movies but not to him. 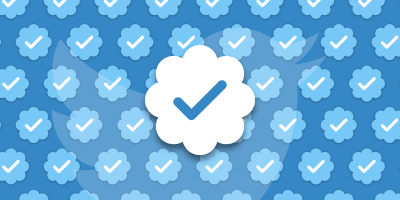