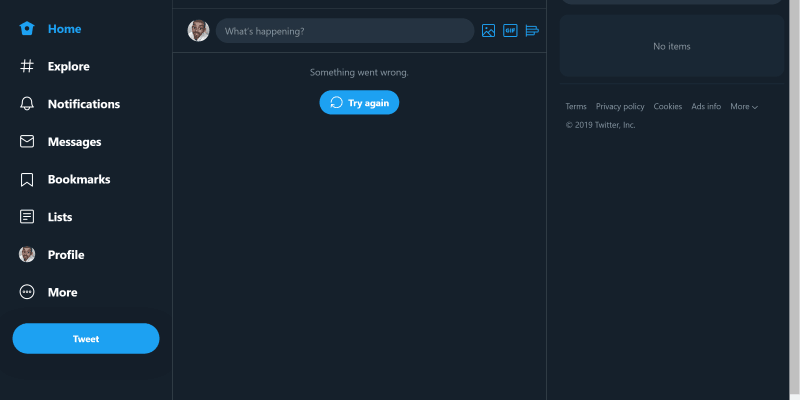 Twitter was down on the night of July 11th 2019 from 9:46 pm to around 10:56 pm. The one-hour long outage was apparently caused by an “internal configuration change” – whatever that means.

Unlike the quo, where Facebook, Instagram and WhatsApp go down and Twitter users throw jokes left right and centre over the issue, this time around things were a little bit awkward. The pun machine, Twitter, was down and the big question was, where were people ranting about the issue?

Interestingly, once Twitter services were restored, the hashtag #TwitterDown was among the top trends on the platform. Confused? Well, this tweet captures it all:

Through the hashtag, users expressed the hard times that hit them for that one hour, with a good number of people taking the opportunity to throw shade at Facebook, Instagram and WhatsApp – which were ironically up and running, but it seems WhatsApp status offered the best consolation with some crazy folks asking for RTs  – on WhatsApp:

While Twitter was down, it trended on my WhatsApp for a bit ???#twitterdown pic.twitter.com/E38tuv0EsG

I had to use Facebook to talk to people

my friends trying to convince me to use Instagram while #TwitterDown : pic.twitter.com/i3WKz2br1a

Me waiting for Twitter to come up again so i can continue living normally#TwitterDown pic.twitter.com/Fj8eug5QzI

Twitter itself did not shy away from making fun of the whole situation, maybe trying to lighten up the mood:

As of now, Twitter says they are monitoring the situation. The company does acknowledge that a few people might still be facing issues here and there with the platform.

The take away from this all? Well, this tweet captured it perfectly:

For a while there, Twitter was down. What did you people do during this 'apocalypse'? #TwitterDownhttps://t.co/XQe5iYVbZR