It is already clear to every gamer and Fortnite enthusiast that apart from being a mammoth in the gaming space, the creators have also been making their shots at the pop world with the game with references to the culture and now with the hype surrounding the third season of Netflix’s hit show, Stranger Things, Players have already started getting hints of a crossover with the game.

So, to mark the premiere of the new season on July 4th, weird familiar portals started appearing around the Mega Mall. Unfortunately (or however you want to see it), the portals don’t transport you to where Eleven had been in the Upside Down.

So far, only six portals have been placed and they just take you to another section at the Mega Mall. With this not seeming to be enough to many players, there is a question of whether we will be seeing more references to the show as the show keeps streaming on Netflix. If this is in the plans, then there are some Netflix lawyers and Epic developers out there that are keeping this information close to their chests. 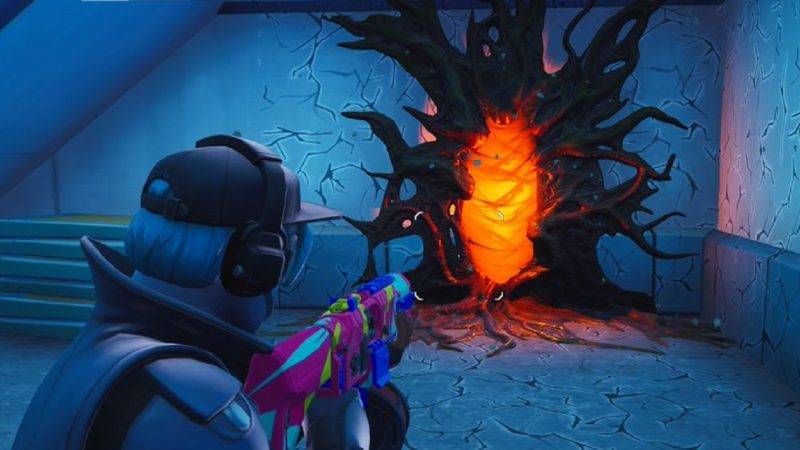 These new appearances may be exciting enough but not too surprising as this crossover had already been announced by Netflix’s director of interactive games, Chris Lee,  at E3 2019 pointing out that the Scoops Ahoy ice-cream shop from the show had appeared in the mall, and suggesting more was to come.

The collaboration between the two companies is just the latest after players have had the privilege of being part of previous crossovers with Avengers: Endgame, John Wick 3 and whatever was being tried out with Nike’s Air Jordans.

Nonetheless, Epic has proven so far that they can do anything with the game to create new experiences and make it even more popular to players around the globe. I just wish they took the same shot with the likes of Game of Thrones, you know before everything went haywire.

Fortnite Players Can Now Play As Demogorgon and Chief Hopper

Just as we expected for there to be more of the references to Stranger Things as players kick off the latest crossover with the popular online survival game, two new outfits and a weapon wrap have been added that players can purchase and use. Players can now unlock skins for the Demogorgon and Chief Hopper — the Demogorgon skin costs 1,200 v-bucks while Chief Hopper is 1,500 v-bucks. The black-and-white Tendrils wrap is also available for 500 v-bucks.

The first teasers saw players have a glimpse of the portals that we see on Netflix’s Stranger Things series without any notice from the creators whatsoever, just as is their reputation. And with that in mind, we should be hopeful to see unannounced changes, perhaps with the portals. For now, all players can do with them is be teleported to a different location in the map but maybe, just maybe they will be able to transport to an adaptation of the show’s ‘Upside Down’.

But all we can do for now is become the big angry Chief Hopper or the dark monster.