Every year, Samsung tries to push the limits of innovation using their S series flagships, this is further cemented through their Note series that is launched later on in the year. As of now, the best of Samsung is showcased through the S10 series, which mark the tenth anniversary since the company started making smartphones, which means that these phones are pretty special and special they are.

Without turning this piece into a marketing article, I will withhold my excitement on the S10 series. The S10 series bring a familiar look that we have come to expect from Samsung – if it’s not broken, don’t fix it. For this reason, Samsung has maintained a similar design with the predecessors, only tweaking the camera placement, giving the new devices a different look compared to the older ones.

The new smartphones (the S10 and S10+) come with in-display fingerprint scanners, which looks so cool unlocking the device, they have three cameras on the back, zoom lens, wide angle lens and a standard lens. The smaller S10e, has two lenses, zoom and normal, and this device also does not feature the signature curved display that we see on Samsung flagships. Speaking of displays, all three phones come with a new design – punch hole display that houses the cameras, completely skipping the notch trend. The S10 and S10e, have a single camera on the front, thus their cutout is much neater and easily disappears at the corner of the eye, however, the dual front-facing cameras on the S10+ give it a more pronounced cutout, which is harder to ignore. Despite this difference, the display technology remains the same across the three devices, having increased the maximum brightness level over last year’s – which was already pretty high.

The phones also come with reverse wireless charging, which allows users to charge other devices, capable of wireless charging, using the S10 but I am not so sure you will be willing to share your precious battery power with anyone, despite the sizes on these phones being quite sizeable. 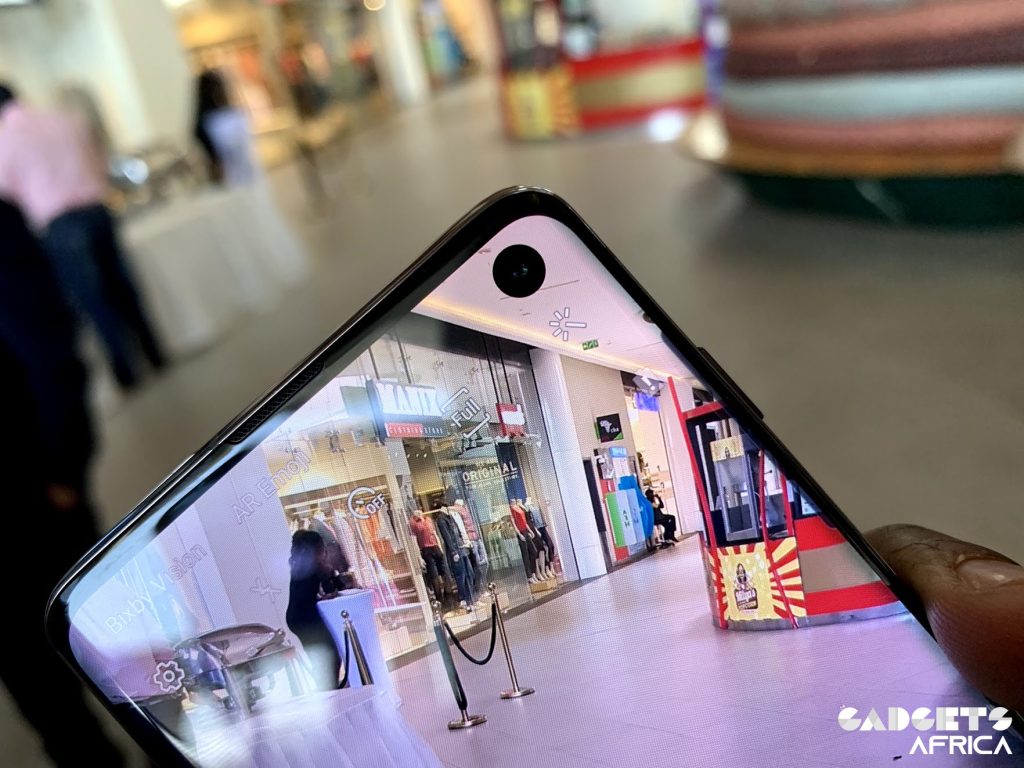 The usual flagship features are present, such great cameras – that are said to be an improvement over last year’s, water resistance, wireless charging, USB-C port, headphone jack (though this is slowly being relegated to budget phone feature), face unlock and much more improved software experience with Samsung’s new OneUI.

Those who buy phones at this price range are not moved by specifications, not that the S10 series are not packed but with 128GB internal storage and 6GB RAM as standard, there’s no doubt that these new phones are capable when it comes to performance. What’s left is making a decision as to which device suits your lifestyle more, from the Kes.78,999 S10e, to the Kes.95,999 S10 and Kes.105,999 S10+.

The difference between the three phones literally boils down to screen size, as the rest of the specifications are pretty much at par with each other. The S10e has a 5.8″ display, the S10 has a 6.1″ display and an S10+ has a 6.4″ display. The devices are available across all Samsung experience stores, Safaricom shop, as well as online on Masoko. Note that the prices may differ slightly depending on the retailer.