Agree; it’s convenient to come home after a hard day, sit on the sofa, turn on the console and go on some colourful adventure for a few hours. But you know what is even more convenient and mobile? Do it anywhere and anytime – on your smartphone. Sometimes you are away from home or on the road, where there is no connection and the Internet, but you want to occupy yourself with something. You will be rescued by games that do not need a constant Internet connection.

In this collection, we will tell you about such titles. Unfortunately, you won’t see slot games with the best casino bonus India, because they need a stable internet connection. Meet exciting games on your phone without the Internet. Here you will see: It’s hard to find a gamer who doesn’t know about the Angry Birds franchise. Angry Birds was released back in 2009 and quickly gained popularity. In 2015, the release of the second part took place. The hallmark of the series is simplicity. You need to play as birds and resist the evil green pigs. There are many birds for your choice: explosive, freezing, boomerang birds. Then, you launch your companions with a slingshot and try eliminating all the pigs in the location. There are a lot of levels in Angry Birds 2, and the game will not have time to get boring. Therefore, it can be included in the “cool games without the Internet.”

Released in 2014, Smash Hit became popular due to its visual style and simplicity. The gameplay of the project takes place in the first person. Gamers need to move along the endless corridor and destroy obstacles with the help of metal balls. The description may seem tedious, but the situation is different. Your movement speed is constantly growing, and the barriers become more complicated. By the way, the balls can be upgraded continuously. For example, in one gulp, launch three or four balls at once, significantly simplifying the destruction of obstacles. As a result, the game is endless and well addictive.

At its core, Super Hexagon is even simpler than Angry Birds and Smash Hit. Players take on the role of a small arrow. In the game, you need to dodge the constantly gathering figures and find a loophole to get out. At first glance, the project may seem relatively simple, but as you progress through the levels, the game will become more and more difficult. The title has a bright visual style and rhythmic music. The popular gaming publication PC Gamer noted in its review that Super Hexagon is unrealistically addictive and makes you concentrate all your attention on yourself. It is a great time killer that can also be run without the Internet.

This game will appeal to fans of the Fallout franchise and casual gamers looking for exciting games on the go. In Fallout Shelter, you take on the role of a shelter caretaker. You must develop it, improve the infrastructure, monitor the condition of the inhabitants, fight off attacks and send your people to scout the lands. In this game, it is essential to monitor the indicators of energy, water, and food so that your shelter can exist stably and please the inhabitants. The project is available completely free on iOS and Android. In addition, the game does not require a constant Internet connection, which will allow you to monitor the shelter from anywhere.

This project is in our top offline games for a reason. Plants vs. Zombies has probably been played by many on PCs, smartphones, or even consoles. The first game in the series was released in 2009. Still, the franchise began to develop gradually. Finally, it brought it to the level of a full-fledged third-person action game. In the first part, you must defend yourself from the hordes of the walking dead with the help of plants. The game has hundreds of levels with different restrictions and conditions. For example, the further you go, the more complex and robust the zombies will be. But you will also become more powerful. There are also full-fledged bosses in the project, for the battle with which you need to turn on ingenuity.

It is one of the most popular mobile games in our selection. Shadow Fight 2 is a fighting game that anyone can download and try. In the game, you take on the role of a ninja named Shadow. He accidentally opens a portal and lets you into the world of creepy creatures. Now the warrior needs to gather all his strength and defeat the demons that have come. The game has an extensive story campaign in which players face both weak opponents and bosses. Shadow Fight 2 will test your skills and give addictive gameplay with a great visual style. You can try Shadow Fight 2 offline for free.

Minecraft is one of the most popular games in history and the most popular sandbox. The title is still adored by millions of gamers worldwide, and the game attracts with its visual style and simplicity. The game’s mobile version is paid for, but you will not regret it if you purchase it. If someone suddenly does not know, you need to survive in Minecraft in an endless

open world. You can fight zombies, create buildings, explore caves and monitor your hunger levels. For the most part, Minecraft is actively supported by the community, which releases various modifications that improve the project.

The project is a puzzle in which you need to move the boards. The authors call the title “classic” and “withstood the test of time.” So that the players do not get bored, the developers have added several modes to the title. The first one is the easiest; you can play it calmly and not strain your brain. The second one is more difficult. Its essence is in limited moves and the search for unusual solutions. There are also daily puzzles that offer exciting puzzles to solve. This game is also known under another name, namely Swampy the Crocodile. After the release, the project quickly became popular due to the addictive gameplay and bright visual style. The whole game is divided into levels. Your task is to deliver as much water as possible to the crocodile’s bath. At first glance, this task may seem simple, but the further you go, the more difficult it will be to deliver water. You will face various obstacles in the form of adjustable mechanisms, embossed surfaces, and much more. The game is addictive and also available for free and without the Internet. The title even has a full-fledged second part, which can also be included in the list of “best games for Android without the Internet.” 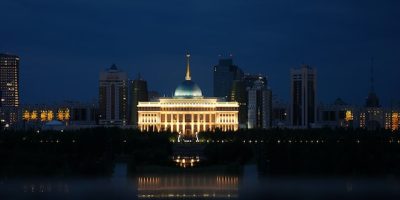