Avid music listeners would have already considered this question. Which is the better service to stream music from, Spotify or Apple Music? While both services are available on Android and iOS, there are features that give users on both platforms reason to stick to a specific streaming service.

This article compares all the relevant features you should think about before choosing a favorite between Spotify and Apple Music.

Spotify offers its library free to users, with an option to upgrade to their premium plan for Sh299 per month. The free premium has a catch. Free users will have to listen to advertising interrupting their playlists. It’s also not possible to play a specific song on-demand, as you can only listen to randomized playlists.

Paying users have unlimited skips for playlists, while non-paying users may find they cannot skip tracks from time to time, so it forces them to listen to tracks they may not want. There is also no offline listening option, and the music quality is lower than on premium.

There is a subscription for two users called Spotify Premium Duo which is priced at KES 389 a month. Spotify Premium Family for up to six people is the highest at KES 479 a month. This also comes with options to block explicit music and use a separate Spotify for Kids.

There is a Spotify mini, that allows a week’s subscriptions for KES 49/week. The Student Plan costs KES 149/month allowing only 1 account.

New premium users in Kenya also get to enjoy one month of free streaming before charges are applied.

Apple does not offer a free tier to its music content streaming. However, you get a one month free trial. Thereafter, Apple music’s premium plan is the only options starting at $2.99 per month. The Family package, with up to six members, costs $4.99 per month. Upon verification, University Students in Kenya pay $1.99 per month to enjoy the service.

The fourth option, Voice, is a version of Apple Music that integrates with Siri. As opposed to navigating the app to access songs, you need to ask Siri for your requests. The Voice plan costs $4.99 per month.

Spotify offers a vast library of over 82 million tracks, including more than 4 million podcast titles. Spotify offers podcasts within its app, distinctly as podcasts. Spotify does not do much on the video end. It offers limited video, such as video podcast playback and some exclusive content.

With Apple Music, you can choose from 90 million different songs. Podcasts on Apple are a separate entity held within the Podcasts app. Apple Music offers music videos alongside tracks, documentaries, and other content.

Spotify Premium streaming tops out at 320kbps. Spotify announced that they have plans to rollout Spotify HiFi which will be their new high-end subscription service coming with lossless audio. It is yet to communicate when HiFi will be available.

Apart from Lossless, Apple music has Spatial Audio with support for Dolby Atmos. Spatial Audio gives immersive audio experiences with true multidimensional sound and clarity. You can enjoy hearing audio surrounding you, changing as you move your head.

I have been a long-time user of Spotify, and experienced Apple Music only a few times. Initially, I would have stuck to my guns, that Spotify is the best music streaming service there is. However, looking at price, quality and content, I call a draw.

Spotify beats Apple with a free tier and offline listening However, the free tier has many limitations and quite a poor sound quality. The ability to get podcasts within the Spotify is a great plus, compared to going on a whole different application in Apple. However, the lossless and spatial audio features in Apple Music are still year ahead of Spotify’s HiFi dreams.

Apple Music beats Sptify, if you consider that they do have Radio and a slightly large library, including video content. But, if we also consider the slightly higher costs tied to Apple Music and lack of a free option, Spotify catches up. Spotify’s playlists like Discover Weekly is also some of their best unique offerings. 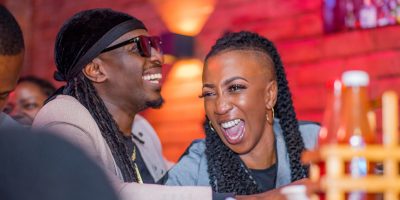