This year alone, Twitter has made a few changes that have made the experience of the page that much more worthwhile. For the last few months, the company has been working to give people more control over their conversations starting with the ability to hide replies. Now, Twitter is testing new settings that let you choose who can reply to your Tweet and join your conversation dubbed limited replies.

A new way to have a convo with exactly who you want. We’re starting with a small % globally, so keep your ? out to see it in action. pic.twitter.com/pV53mvjAVT

The test is pretty straight forward. Before you Tweet, you’ll be able to choose who can reply with three options:

To make things clear, tweets with the latter two settings will be labelled and the reply icon will be greyed out so that it’s clear for people if they can’t reply. You may not be able to reply but, you can still view, retweet, retweet with a comment, and like the tweet. 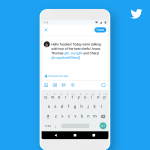 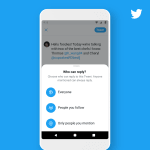 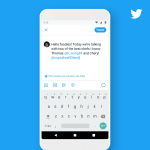 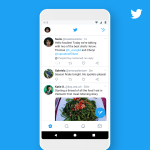 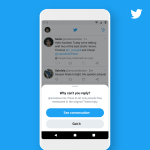 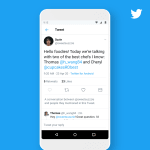 Currently, only a limited group of people can tweet with these settings, but everyone can see these conversations. In a blog post, Twitter says that it is exploring how we can improve these settings to give people more opportunities to weigh in while still giving people control over the conversations they start.

The feature is going to work when having specific debates or when you invite a panel of distinguished guests for a fireside chat. The possibilities are quite endless but that does not necessarily mean the twitter feature is doing well with its community.

It’s important to note that limiting who can reply to your tweets could help prevent abuse and harassment on the platform. By keeping replies to a limited set of people, in theory, you could have more thoughtful and focused conversations without the risk of trolls jumping into the conversation.

However, not everyone feels the same.

Many people believe that the whole essence of twitter is the sole reason that gives it its being. Without being able to @ a celebrity, there’s really no point of Twitter…

Speaking as someone who's had their fair share of trolls, moving to closed replies on Twitter will really ruin the one thing that Twitter always had going for it: the democratisation of discourse. Its appeal is that you can @ a celebrity or politician and they see it + reply

Yes, you can quote retweet but…

Worse than useless. Turns out that we can't *reply* to those posts, but we're freely allowed to *quote RT*. Quote RTs are a *bigger* driver of harassment than replies and this change is going to INCREASE the number of QRTs, therefore increasing harassment. https://t.co/YuSQuqaU0h

If you want to only talk to a few select people, start a group chat. That's a function that's already available.

I get the feeling that this function was made for people who don't want to be held accountable for bigoted things they post on here. @jack seems to like that.

People have different reasons to not like this feature. What do you think?