We have all “read and understood” privacy policies before, not actual reading but just ticking the box so that we access the service we want.

Oblivious to the implications of our actions, we unknowingly but willingly freely give our data to the services we engage with.

While its a task in itself to read these privacy policies and terms and conditions, it is highly encouraged to do so. But since we are lazy, we still tick these boxes then later complain of how our data was misused.

Well, to help us read these complicated and legalese privacy policies, is a service created by developer Rameerez. Guard is an AI that reads privacy policies and analyzes them.

Guard is not yet perfect, as it failed to pick up privacy issues with Telegram, however, it’s better than nothing. At the moment, the AI can not read privacy policies on request, so all you have to work with are the 18 services that it has already analyzed.

“I’ve started working on this because one year ago I discovered Facebook had an updated copy of all my phone contacts, including nicknames. This meant that absolute strangers in San Francisco knew the names I call my girlfriend, for example. It was too much, a total invasion of my privacy. Shortly after, I read their privacy policy and discovered this was actually something that they explicitly say they’ll do, so I started becoming really concerned about privacy policies,” said Javi Rameerez while speaking to Gadgets Africa.

“Some months ago I did a bootcamp on artificial intelligence and discovered the power of deep neural networks to perform tasks traditionally reserved to humans only (like reading and analyzing large and complex legal texts) so the match between the two concepts was almost instant. I developed the proof of concept of the idea as the final project of that bootcamp and then started working on it more thoroughly. My end goal is not only to raise awareness about digital privacy on the internet but also to provide the regular internet user with powerful tools to protect their digital privacy,” he adds. We also took a look at Instagram’s analysis and the image-sharing platform was awarded a score of 21% with 21 privacy threats identified.

Oh, interestingly, Telegram received a score of 105% with the only threat being the messaging platform not deleting your cat videos, like seriously: The AI still needs to be trained, hence do not fully rely on it to explain the privacy policies but as it stands, it’s a good enough pedestal to give a clear direction of what you’re getting yourself into when you sign up on to these services. 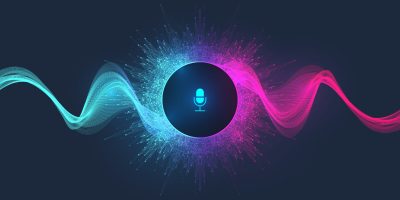