The Wall Street Journal published a controversial investigation which alleged that Huawei technicians helped officials in two African governments to spy on their political opponents.

The Chinese telecommunications giant is reported to have had connections with incidents in Zambia and Uganda, where it assisted security officers to tamper with online platforms for dubious purposes.

According to the publication, Huawei officials in Lusaka allegedly assisted Zambian security officers in gaining access to the social media accounts of regime opponents.

The Kampala side of the investigation points out that the Chinese phone manufacturers’ technicians gave the Ugandan government an assist in cracking the encrypted chat groups organized by the opposition politician known as Bobi Wine.

WSJ also reported that the tech guys helped Uganda’s cyber-surveillance unit to plan a forced entry into Wine’s WhatsApp Group. The hack, in suspicious favor of President Yoweri Museveni, tipped an Isreali company’s spyware and led to the detainment of Wine and many of his supporters. It appears that these hacks were planned and executed by the governments of both countries; in a move everyone is describing as political injustice.

The drama got more interesting when the government of Zambia and Uganda and Huawei, came out to deny the accusations leveled against them.

Yes, but you are not an ally. The Chinese are enemies to freedom. We should not be intwined in any way.

Nonetheless, the story has gained a lot of traction, especially considering the fact that the Ugandan regime has been accused of spying on its political opponents in the past. Both countries have also tainted their own records by executing internet and social media shutdowns in the past to carry out activities for reasons best known to them.

The Chinese firm coming under fire is rather more disturbing, even though solid proof is yet to suffice. This could very well add gasoline to the combustion that’s already hot in some parts of Africa against China’s involvement in the continent.

Huawei has supplied CCTV systems worth $125 million to Uganda, a development hailed by local security as the beginning of significant crime curb. However, these cameras which have facial recognition capabilities are speculated to be tools targeted at demonstrators in violent clampdowns heralding the 2021 elections.

It is worthy to note at this point that Egypt, Kenya, and Zambia have also received CCTV system supplies from Huawei, all of which have raised privacy concerns from political activists.

Huawei and the United States are not on good terms either. The government of the country has restricted trade with Huawei, accusing it of espionage and theft of intellectual property. The nation is doing all it can to deter U.S. allies from using Huawei’s 5G telecommunication infrastructure for risk of privacy invasion.

Following this damaging accusations, Huawei has spoken out claiming that WSJ’s article is based on falsehood.

“The Article is neither a fair nor a responsible representation of Huawei’s legitimate business activities in these countries. Huawei is especially disappointed in the Article and video and radio podcast in light of the information Huawei provided to you during your research for this Article, including its email communications from June 19.

Huawei takes these false and defamatory statements about its business seriously, especially when published by a news source as well regarded as the Journal. The publication of these false statements has and will continue to damage Huawei’s reputation and business interests across the globe. Huawei reserves all rights and claims in this regard and will defend its conduct and reputation. We would be happy to discuss with you related to this matter,” reads the statement. 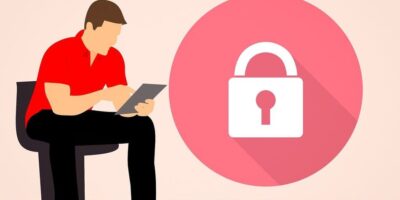 How to Keep Your Personal Information Secure