Facebook yet to be released venture into the crypto world, Libra, is still under huge fire from US government officials even before its development is concluded, considering it is set to hit the market sometime next year. Many of the officials that kickstarted the protest against this new cryptocurrency raised their doubts on the basis of the lack of trust that Zuckerberg’s company has earned over the years when it comes to privacy.

And yes, this has been a legit concern that not only the officials but the general public has raised. After all, it is the people’s “hard-earned income” that is at stake since we are the ones who will have to use the currency for convenience in our daily transactions.

But as of the last few weeks, the Republican officials have been rising up strongly against the digital currency and not just with concerns of users’ privacy but in fear of the company gaining too much power in the world’s economy compared to what it already has right now. And with Libra’s executives expected to attend today’s hearings at the US Senate, it is pretty clear that Facebook has a major task of trying to get acclaim from them before any further development carries on.

But with the investments already made on the digital currency and the development so far, the social media giant is set to do and say whatever it takes to win this. And as part of the prepared testimony for the hearing, Calibra head, David Marcus has addressed that the currency won’t make any move into the market until they win the Senate’s approval.

But he has gone on to try and assure that Libra is focused on making privacy a priority saying that the Libra Association won’t keep personal data beyond basic transaction info and that Facebook won’t share Calibra wallet info with the rest of the company.

Furthermore, he has stated that Facebook is treating Libra as more of a “payment tool, not an investment” all with a goal of easing money transfers and interactions. According to Marcus, the Association can’t profit from data on the blockchain for ads and other purposes. But he has aired slight disappointment in all this drama as he expected Switzerland, a country considered to be cryptocurrency-friendly, to be the main regulator considering Libra is based in Geneva.

With the testimony still not expected to fully satisfy the Senate at the hearing, it’s only safe to imagine the opposing momentum from leaders (who include Trump) just keep growing after this. But what is almost a certainty is that Facebook will have to wait a bit longer until Libra can get the green light to get into the market, assuming it doesn’t get totally rejected. 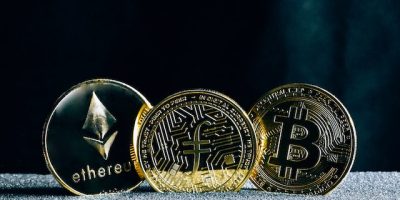 How to Mine Bitcoin With Requirements?