It’s not news anymore that Huawei and Google’s relationship has hit a snag after interference by a third-party, otherwise known as the Trump Administration. As of now, Huawei’s future devices will not have access to Google’s version of Android nor will they have access to Google Services such as the Play Store, Assistant and apps such as Gmail and Chrome.

When Google announced that they were going to obey the government’s directive to restrict business with Huawei, it was immediately clear that things would not remain the same, for both companies. Huawei’s sells millions and millions of Android devices which means Android and in extension Google, benefit greatly from these sales. On the other hand, Huawei devices solely run on Android, which now means that the company will have to look elsewhere for its software needs.

While the future plans of the company point to developing its own software, current Huawei smartphone users have been left in some kind of limbo not exactly sure whether their devices become obsolete or what. Now, Google, through Android’s official Twitter handle, addressed current Huawei users assuring them that they will continue to have access to Google Play Store;

For Huawei users' questions regarding our steps to comply w/ the recent US government actions: We assure you while we are complying with all US gov't requirements, services like Google Play & security from Google Play Protect will keep functioning on your existing Huawei device.

Shortly after, in an email sent to Gadgets Africa, Huawei has also assured their customers that their current phones and even those still in stores will continue to function as normal with assured security updates for all Huawei and Honor (the company’s sub-brand) smartphones;

Huawei has made substantial contributions to the development and growth of Android around the world. As one of Android’s key global partners, we have worked closely with their open-source platform to develop an ecosystem that has benefitted both users and the industry.

Huawei will continue to provide security updates and after sales services to all existing Huawei and Honor smartphone and tablet products covering those have been sold or still in stock globally.

We will continue to build a safe and sustainable software ecosystem, in order to provide the best experience for all users globally.

As assuring as the statement is to Huawei users, a lot is left unanswered. What happens to future Android updates? Will devices like the P30 Pro ever get updated to Android Q? Will the Mate 30 Pro be delayed or what software will it be running?

Huawei already confirmed that it is has been working on its own in-house software, however, the details about it are also scanty as we don’t know whether it will be based on AOSP (Android Open Source Project) or they will actually build something from the ground up. What we can deduce from the company’s statement is that whatever their next move is, they plan to make it “safe and sustainable”. 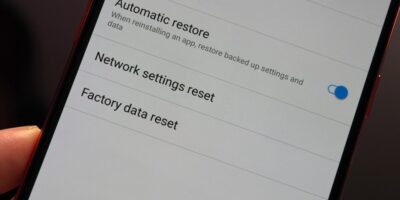 How To Completely Format Your Android Smartphone