Velox 10 Global, is a Brazillian company that claims it offers payments solutions with bitcoins and other cryptocurrencies. The company also claims that it offers around 36% monthly interest on their investment plans and this is the tale it sold to Kenyans when it launched back in October 2017.

The firm invited Kenyans to invest money in it which would be used to trade Bitcoins thus earning investors up to $4000 daily. The company came in at a time when cryptocurrency talk was booming with stories of people minting millions of dollars through Bitcoin investments.

This get-rich-quick tale lured a number of Kenyans who were eager to fatten their bank accounts through Bitcoin trading. Prospective members of Velox 10 Global were required to pay $100 membership fee with an additional $200 expected, to upgrade their accounts to trading levels. After these payments, the member would now be able to “invest” the amount of money they wanted to trade in Bitcoins.

Velox, reports from Daily Nation indicate, has now gone under – pulling an exit scam with millions of shillings. One of the investors claims that she put in 3.2 million shillings in what she thought was a “stress-free investment to secure her future.”

The firm’s websites, Velox10.com is up for sale and veloxglobal.com indicates that the domain was registered but never associated with any service or website.

The report by Daily Nation indicates that Ms Esther Muthoni, the 3.2 million investor, wired money to the personal account of a Velox agent, Daniel Karobia Gichuki on November 13, 2017, and November 17, 2017. Ms Esther had also introduced her friend into the investment opportunity, who put in her own Kes.550,000.

Signs of a Pyramid Scheme

Interestingly, Velox had shown its wolf skin behind the sheep clothing a number of times, but this seemed not to have alarmed the hopeful investors:

The matter, which Ms Esther reported to the police is currently under investigation, this not being the first time that Velox has experienced legal issues in the country as the company had earlier been sued by some of its investors who wanted to stop its operations claiming that it was operating illegally in Kenya. 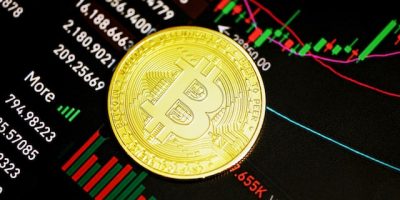