Imagine walking through the streets and a time traveller from the 1800s comes up to you and asks you to tell him about the internet? About social media? What would you say? Is it the best thing or the worst thing to ever happen to mankind? Well, in the words of David Bowie 1997,

“The potential of what the internet is going to do to the society, both good and bad, is unimaginable. I believe we’re in the cusp of something exhilarating and terrifying.”

That’s exactly what we’re seeing here today, almost 23 years later. His words couldn’t be more true. In a world where fake news is taking more precedent than the actual truth, we need to be extra careful. That’s why the largest social media platforms are going out of their way to highlight the spread of fake news and how they are preventing it especially during the U.S. is elections.

I tend to view the internet and social media as a solar system of its own. It’s in three parts. Whereby

Put into perspective social media and you are hit with all kinds of information. Like in the election, we know Donald Trump is the president, we don’t know who will win (wink) and we have discovered facts about what’s going to happen in the next few years.

Fake news comes in when we try and fill our minds and other’s heads with information we cannot prove. For example, prematurely claiming victory or predicting that Biden will save America from all its troubles.

All the platforms are aware of this and they are working tirelessly to prevent it from happening. Here’s exactly what they are doing.

One of the more prominent in this situation took and are still taking precautions to fight this. Before Election Day, Twitter issued an early warning that it would label posts that tried to declare victory prematurely. They also explained how it would determine when a result was “official.”

They are working hard to make up 500,000 vote advantage in Pennsylvania disappear — ASAP. Likewise, Michigan and others!

Twitter also labelled a number of other tweets from prominent Republicans and other influential accounts for breaking its rules. Recently, the company added a label to a tweet from Trump’s campaign account, changed the RT button and started labelling tweets that were unverified.

Hey everyone, we made a temporary change to the Retweet function. 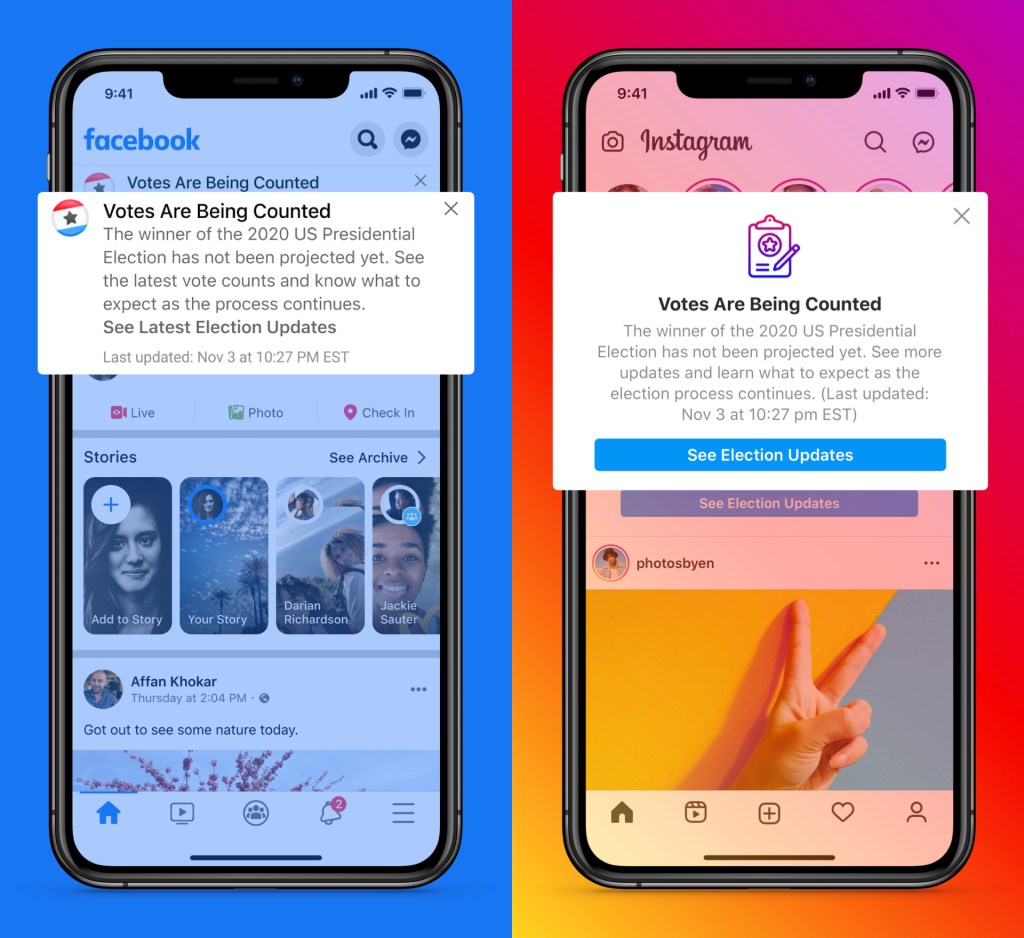 Like Twitter, Facebook had also warned early on that it would label posts that prematurely declared victory. The social network added labels to all of Trump’s election-related posts. Based on the premature declaration of victory, they have sent out notifications in the US warning that election results haven’t been announced yet.

It also labelled Joe Biden’s Facebook posts, though none of his posts explicitly declared victory. No one is above the fake news law

YouTube also opted to label all election-related videos with messages that results are not yet final. As far as we know however, the company doesn’t explicitly bar candidates from prematurely declaring victory. Instead, the company’s guidelines address “misleading claims about voting or content that encourages interference in the democratic process.”

The 2020 election was the first presidential election for TikTok, and the app seemed to avoid many of the bigger controversies of other platforms (likely because Trump is an avid critic of the company, and doesn’t have an official presence on the app). As with the other platforms, TikTok introduced labels for election-related content and linked to resources about voting and election information.

The company also said it would work with fact-checkers to “reduce discoverability” of videos that claim victory before a race was called by the Associated Press.

So as you can see, the more we dwell on the internet and social media in general, the more the unknown becomes known and the more terrifying and exciting it becomes. It’s a loop, it’s an orbit, it’s a solar system.