Apple, in October 2021, introduced the M1 Pro and the M1 Max silicon chips. They follow the ‌M1‌ and are available in the 14 and 16-inch MacBook Pro models. Despite being the latest, the M2 cheap will not be as powerful as the ‌M1 Max‌ and the ‌M1 Pro‌. However, it will still be more powerful than its predecessor, the ‌M1‌.

Here is why the M2 chip is a good upgrade, but not necessarily the best.

Why the Latest MacBook M2 Chip Is Not The Best Upgrade

First, of course, there are improvements in every part of the M2 chip, from the M1. The CPU, GPU, memory system, Neural Engine, and media engine have received upgrades. The new MacBook Air has an 8-core GPU and up to a 10-core GPU powered by an M2 chip.

Apple confirms that the M2’s CPU is 18% faster than the M1. The M2’s GPU is also 35 percent faster than that of the M1, according to Apple.

Things get tricky when we compare with M1 Pro and M1 Max chips.

The M1 Pro has 10 cores for performance and efficiency. The multi-core performance is around 35 percent higher than the M2. As a result, I expect a Mac with the M1 Pro to be approximately 40 percent faster in every way than the M2.

In the M1 Max, the GPU is twice as big as the one in the M1 Pro. It is definitely better than the M1. The GPU performance is roughly 2.5 times that of the M2. There are two media engines on the M1 Max, giving it similar features to the M1 Pro but double the performance.

There is no reason to upgrade to a Mac with M2 if you have one of the first-generation chips. I can recommend you upgrade once M2 Max, M2 Pro, and M2 Ultra arrive. 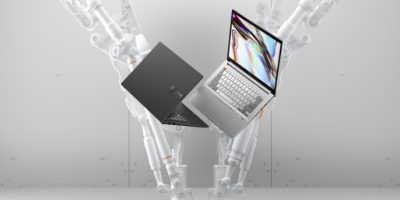