With the growing popularity of online streaming services such as Netflix and the growth of that industry, as a result, many talents have been able to get various platforms to showcase all in an effort to grow the already huge entertainment industry.

When you get home after a long day from school or work, you just kick back and the first thing that we all pretty much get to is to complete the movie or episodes we were watching last night but never got to catch up on the juicy bits. This is all despite whether you are living alone or not.

Video-streaming services with the likes of YouTube are also getting major traffic as well. But it’s pretty clear you have never thought what happens behind the curtains. Well, these services require data centres that house their servers for their seamless running. These servers simply are machines that run 24/7 without a break and they require to be cooled off. But just like other machines, with the example of your car, they give off emissions of carbon dioxide. The more data means the more work they are exposed to and thus, the more waste air they have to emit. Now, that we are on the same page, let’s get to it.

A different Paris-based group of analysts from The Shift Project has then come up with reiterating findings stating that all online videos from around the world emit over 300 million tons of carbon dioxide a year, this being 1% of the total annual global emissions. This research was carried out by the think tank in an effort to provide an efficient solution to the current deadly levels of carbon released to the atmosphere. According to the report, The Shift Project studied two reports from network companies to determine their data traffic and calculate their electricity consumption as well as greenhouse gas emissions associated. The organisation even went ahead to create a new browser extension, Carbonalyser, that is now available for Firefox only, to help users learn how much emissions are created from their computer usage.

So whether you are binge-watching Stranger Things or enjoying from your favourite YouTuber, you are making an impact on the planet and a negative one more so. The writers of the report however made it clear that they are not calling for an outright end to video usage but want users to be wiser their consumption and instead watch less.

“If we let the video users go how they are going right now, there will be a time when we just won’t be able to really sustain these users, and I think it’s dangerous for the digital infrastructure for the digital world,” said Maxime Efoui-Hess, a project officer at The Shift project and report author.

The report goes on to offer suggestions that would be efficient to change the current situation and improve the industry’s impact on the planet as a whole. One example is the removal of autoplay features that encourage further video consumption. Without such features, we would start watching fewer videos and reduce the emission levels, a strategy that researchers who studied on YouTube found could help as well. The modification in the sites’ interfaces could also help with the examples of YouTube that could single handedly reduce emissions by up to 550,000 tons.

A vital strategy that the report also pointed out was the regulation of digital technologies like controlling the amount of data users have access to or on the way services are designed to help them manage more sustainably.

Another solution that has been given out by different reports was if data centres could just start using renewable energy to run the machines since as of now, they mostly depend on fossil fuels which is a major red alert. The real question is whether people love their planet that much to start limiting the amount of time they spend on movies and YouTube watching sprees that last up to around 2 a.m. 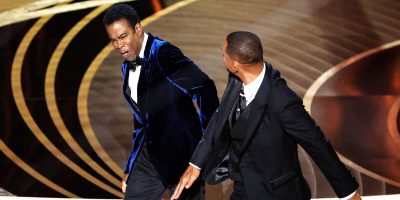